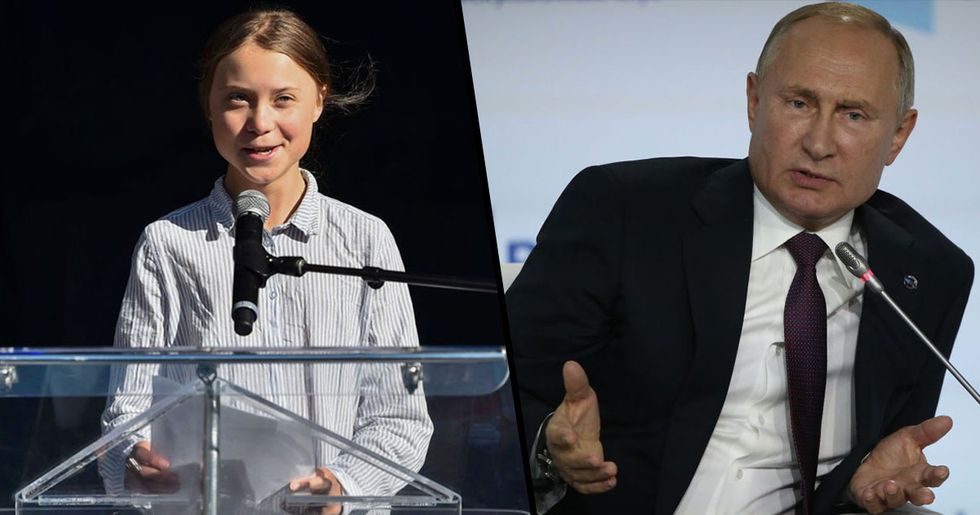 Greta Thunberg has completely taken over the world in the last few weeks. Her face has been plastered across the front pages of newspapers and she has made headlines all around the globe.

Her bravery to stand up to President Trump has been commended around the world, and the president has been royally trolled recently by the teenager and by her supporters. And now one of Trump's ... associates has hit back against Thunberg but, yet again, she has the perfect response.

But, as she did to Trump, Greta decided to troll the hell out of the Russian president.

How did she do it? Obviously, with a quick Twitter bio edit! How else do you expect her to show world leaders who's boss?

"A very happy young girl looking forward to a bright and wonderful future."

Has now been changed to:

Do any other world leaders want a shot at Greta?

Because she clearly isn't intimidated. There are enough characters for her Twitter bio to take you all on.

But obviously Trump's pitched in to defend his friend.

Supporting people who hate on a sixteen-year-old girl? Nice, Mr. President. I'm sure he's got other reasons to be supporting Vlad too, but we won't get into that just yet. We hope that Thunberg doesn't let the haters get her down - because she has one very famous fan. Curious? Read on.