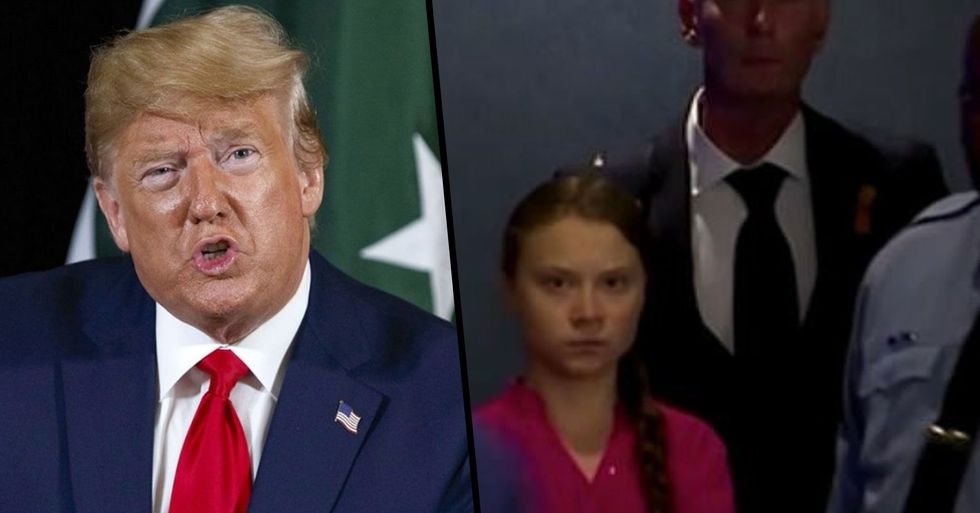 Keep scrolling to watch her powerful speech, the subsequent death stare she fired at the president, and the way that Trump has responded to the whole thing. The internet isn't happy with him.