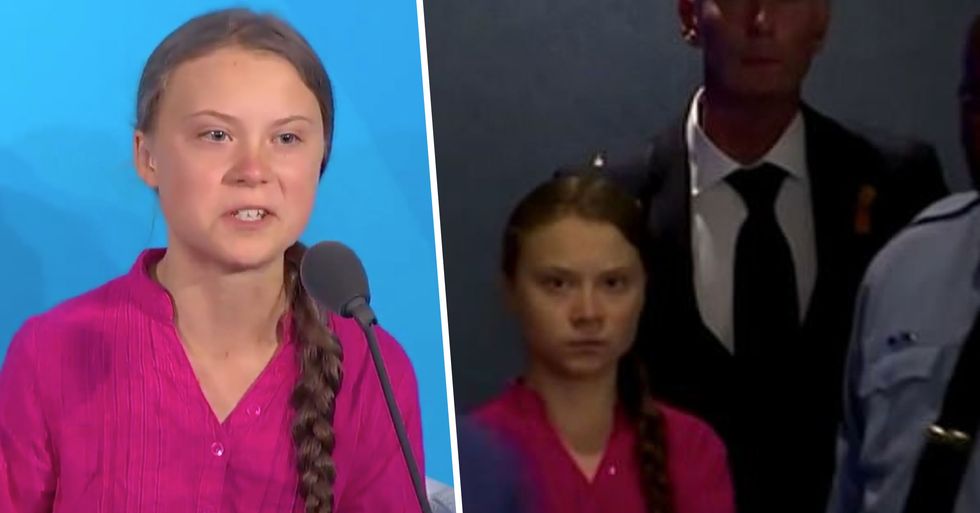 Keep scrolling to watch her powerful speech and the subsequent death stare she fired at the president.