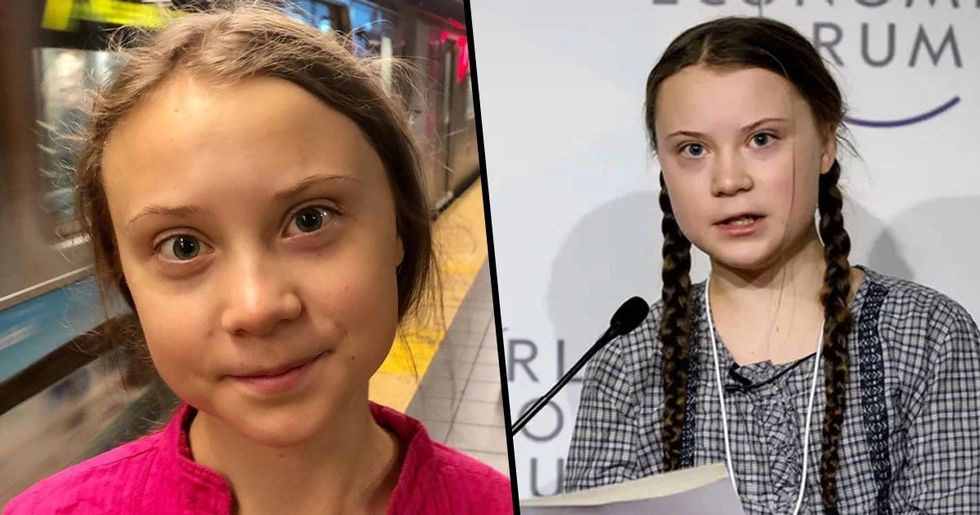 Greta Thunberg has had a remarkable year. The trailblazing teen climate change activist has started an entire climate change activism revolution with her school strikes each week, which are now happening around the globe, with millions taking to the streets. She's got the world talking about an issue that many have shied away from, and despite having her critics, there's no denying her huge impact on the movement.

She's gone from skipping school on her own to protest outside Swedish parliament, to, within a matter of months, addressing world leaders on the so-called climate crisis, initiating the entire "School Strike for Climate," and, of course, throwing Trump that infamous death stare last month.

After being named the favorite to bag the prestigious award, Greta Thunberg failed to win the 100th Nobel Peace Prize today.

If we fast-forward to now, Thunberg continues to hold governments accountable during her powerful talks, which have seen her placed in TIME's top one-hundred influential people in the world list.

Her following and support system is larger than ever, and she recently showed President Trump that he doesn’t intimidate or scare her. In her own swipe right back at Trump, she updated the bio of her Twitter account... “A very happy young girl looking forward to a bright and wonderful future," her new bio read, which is a clear dig at the president, showing that Thunberg isn’t going to let his childish and petty online comments stop her from doing what she believes is right.

Trump isn't her only critic.

Vladimir Putin has also taken aim at the teenage activist, claiming that she doesn’t know what she’s talking about, and may be being used by the adults around her. He spoke out at the Energy Partnership for Sustainable Growth: "I may disappoint you but I don’t share the common excitement about the speech by Greta Thunberg. “When someone is using children and teenagers in personal interests, it only deserves to be condemned."

But, Greta's hard work has been paying off.

She already snagged the 2019 Right Livelihood Award, which is widely known as the “Alternative Nobel Prize."

Thunberg was honored with the prize for her "inspiring" work.

According to a statement from the Right Livelihood Foundation, “Thunberg is the powerful voice of a young generation that will have to bear the consequences of today’s political failure to stop climate change.
“Her resolve to not put up with the looming climate disaster has inspired millions of peers to also raise their voices and demand immediate climate action."

But Greta had some tough competition for the Nobel Peace Prize.

Worthy competitors, including David Attenborough, New Zealand Prime Minister Jacinda Ardern, and even Pope Francis were also up for the award.

But, Thunberg was the favorite to win...

Greta Thunberg deserves the Nobel peace prize, shes done SO MUCH for the worlds climate and future, and im sick and… https://t.co/XyHbiaqsuu
— Emmi (@Emmi)1570706300.0

According to British bookmaker, William Hill, this week, 96 percent of Nobel Peace Prize bets had been placed on Thunberg.

Although she didn't win today, congratulations are most definitely in order for the teen activist.

Being nominated for such a prestigious award is an impressive achievement in itself.

Ethiopian prime minister, Abiy Ahmed, has bagged the award and, we must say, he definitely deserves it!

Berit Reiss-Andersen, chairwoman of the Norwegian Nobel Institute, announced the winner this morning.

"The Norwegian Nobel Committee has decided to award the Nobel peace prize for 2019 to Ethiopian prime minister Abiy Ahmed’s efforts to achieve peace and international cooperation and for his decisive initiative to resolve the border conflict with neighboring Eritrea."

Abiy Ahmed has made all-important waves for democracy.

In a feature about the then-new prime minister of the East African country written last year, The Guardian wrote: "Under new prime minister Abiy Ahmed, authoritarianism and state brutality appear to be giving way to something resembling democracy. A country that began the year crippled by anti-government protests is now being lauded as a model for the region. One of Africa’s most autocratic ruling parties, the Ethiopian People’s Revolutionary Democratic Front (EPRDF), is today led by a man who professes to believe deeply in freedom of expression." And today marks the day that Ahmed is thanked for his hard work and kind heart. His win was very well deserved.