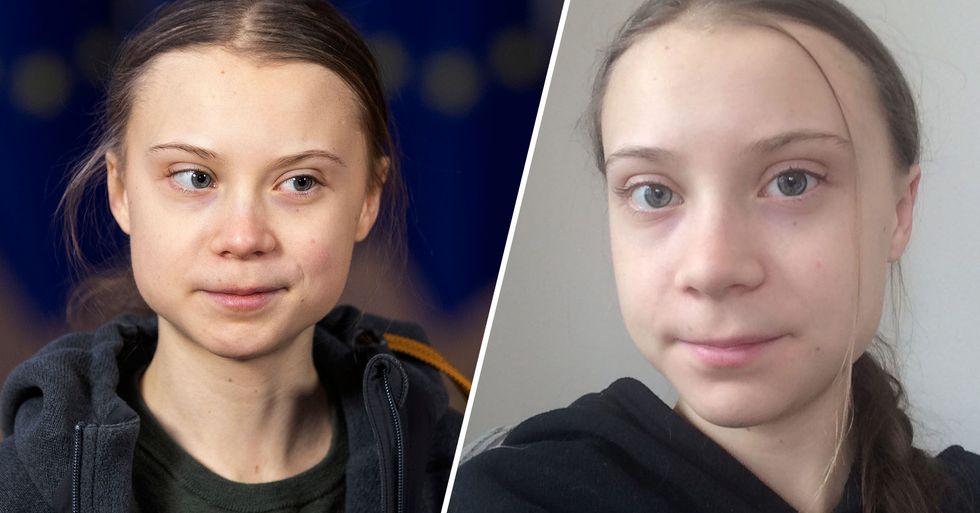 After being awarded $100,000, the Swedish climate change activist, Greta Thunberg has decided to donate all of her prize money to a special cause.

Keep scrolling for the full story, and to hear what she said about her remarkable gesture...

Greta Thunberg has done many amazing things in her short life...

But her most recent gesture may have just topped them all.

In the last couple of years, the seventeen-year-old activist has risen to unprecedented levels of fame regarding her fierce passion for climate change and the environment.

But, just over a year ago, she was relatively unknown.

The teen would sit outside the building during school hours for 3 weeks.

If we fast-forward to today, she continues to hold governments accountable during her powerful talks, which have seen her nominated for a Nobel Peace Prize and placed in TIME's top one-hundred influential people in the world list.

And she has gone to great lengths to fight her cause.

And her youth school strike movement hs continued to grow on a mass scale.

But, in recent months, she's had to make her activism digital.

The ongoing medical pandemic has brought a temporary halt to the teenager's protests, rallies, speeches, and appearances.

But that doesn't mean she hasn't been continuing with her work.

Greta has remained active on all social media platforms, and she has reminded her followers that "we can’t solve a crisis without treating it as a crisis and we must unite behind experts and science."

But, despite remaining in quarantine herself...

The activist reportedly suffered from symptoms of the virus.

Last month, she took to Instagram to inform her fans of her condition...

Around ten days into her quarantine, she started to experience the symptoms.

"I started feeling some symptoms, exactly the same time as my father - who traveled with me from Brussels. I was feeling tired, had shivers, a sore throat, and coughed. My dad experienced the same symptoms, but much more intense and with a fever."

Luckily, Greta made a full recovery.

But she had a strong message for her followers. "AND THIS IS THE BOTTOM LINE: I almost didn’t feel ill. My last cold was much worse than this! Had it not been for someone else having the virus simultaneously I might not even have suspected anything. Then I would just have thought I was feeling unusually tired with a bit of a cough. And this is what makes it so much more dangerous."

And she reminded people to continue self-isolating...

Even if they don't have symptoms.

Evidently, preventing any further spread of the virus is a huge deal for the activist...

And she has been continuing her school strikes from her home.

This girl isn't going to let a little medical pandemic get in the way of her message...

And, recently, she did something remarkable for the fight against the deadly virus.

She was recently credited for her work.

It is a huge prize.

But Greta has decided that, rather than keeping all that money for herself, it'd be better to give it to a cause that really needs it.

She has given every penny to help protect disadvantaged children against the deadly virus.

UNICEF, an agency responsible for providing humanitarian and developmental aid to children worldwide, will be using her donation to launch a child-rights driven campaign to prevent the spread of the virus.

It is an incredible gesture.

She wrote on Instagram: "Just like the climate crisis, the consequences of the corona pandemic will be most damaging for children in poor countries, in the poorest neighborhoods and for those already in disadvantaged and vulnerable situations." "So today we are launching a joint global funding campaign – Let’s Move Humanity for Children in the Fight Against Coronavirus – to support UNICEF´s efforts to protect and save children’s lives during the corona crisis."

Her campaign will certainly benefit the lives of thousands of children.

For more on how celebrities are helping children during this pandemic, keep scrolling to read about the famous faces helping out during the pandemic...