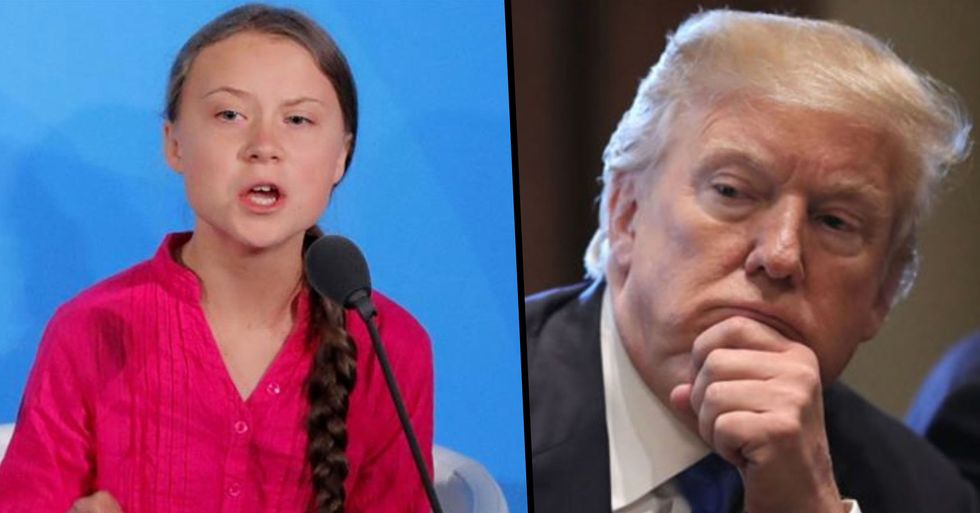 Trump wasn't having any of it, so, in order to show her who's boss, he decided to mock her on Twitter. But Greta had the perfect response to his childish ways... keep scrolling to find out what it was.

And, of course, people slammed the president for attacking the young activist.

Why wouldn't they? This man is literally mocking a sixteen-year-old girl!

This is the President of the United States, ladies and gentlemen...

But two can easily play that game...

Greta may be young, but there's one thing she's not, and that's stupid.

Instead of throwing insults back and forth with the president... she did this.

She decided to edit her Twitter bio to quote Trump's tweet about her. Generally, you describe yourself, or your interests in that little box, but since the president did so well at telling Greta what she is, she paid tribute to him. Lovely! How's that for sarcasm?

This is what she changed her Twitter bio to:

We're totally here for it!

And every time someone else tweets about her, talks about her, or even decides to insult her...

Just know that they're aiding our climate change cause. So, from the bottom of our hearts, thank you! Let's try to make our planet a more sustainable place to live.