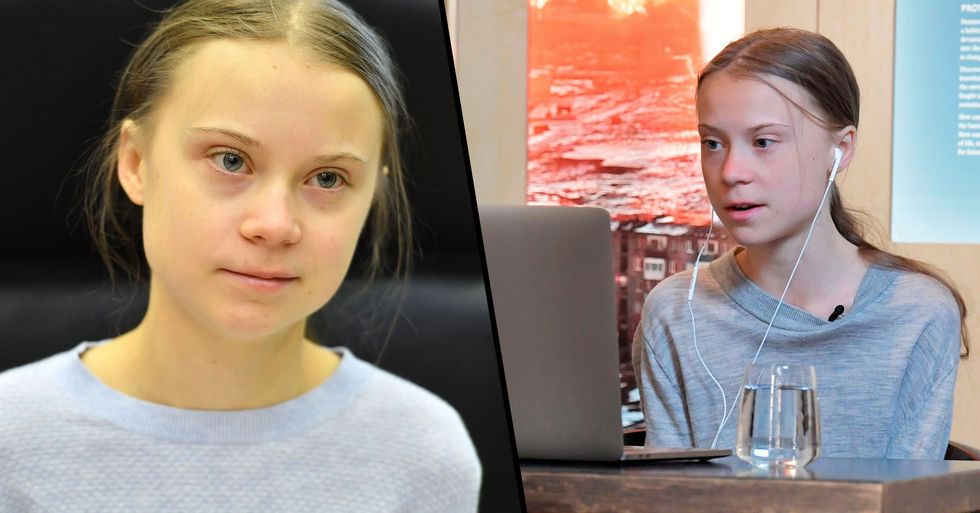 Teenage activist, Greta Thunberg has entered the spotlight once again, but this time trolls are refusing to let CNN get away with putting the "school dropout" on a pedestal.

She has been chosen to sit among medical professionals in CNN's latest show about the pandemic, and Twitter is in a total uproar.

Keep scrolling to read the disgusting comments the teenager has had to put up with since accepting the invitation...

Greta Thunberg is the face of the youth climate change movement... but is that where she should stay?

The Swedish seventeen-year-old has been added to a panel of medical experts, which has Twitter in an uproar. The comments are the worst yet...

She simply can't win... Greta recently weighed in on the pandemic.

Clearly not everyone can see eye-to-eye with Greta's message and politics...

And now Twitter has lost it's cool once again after it's been revealed that Greta will join a panel of medical experts on CNN's upcoming town hall on the pandemic.

It's understandable why people are irritated by the choice to place a teen climate activist on a panel with public health experts.

Twitter user, Yashar Ali, went viral with this comment to his 618,000 followers.“What place does Greta Thunberg have in this town hall?"

The topic has received more than 30,000 mentions across Twitter in just a few hours.

Ali followed up his last tweet with this comment: “I understand that but this is a panel of top health experts and administrators. A climate activist would be better suited on a different panel. She’s not a climate scientist. It’s a matter of placement."

The subject has sparked an extreme onslaught of virtual eye-rolls.

After the network's announcement on Wednesday, this was the top response: “Greta Thunberg? Now, she’s a COVID expert? @CNN is a joke!" It gained hundreds of likes online from other users that share this view.

And the comments just kept rolling in...

“Not picking on the kid," said another. “Picking on a ‘news’ network for featuring a child to inform the public."

Although a few scarce Twitter users came to Thunberg's defence...

There were even some pome public figures weighing in on the argument, saying that the future generations should have at least some say in what happens to the planet they'll inherit.

I mean they make a fair point.

Writer Roxane Gay tweeted: “Unqualified men appear on cable all day every day, bloviating endlessly, but Greta Thunberg is a bridge too far? Ok." The Oscar-winning actor Patricia Arquette even came to her aid: “She’s has extraordinary knowledge and she is the next generation that is left to clean this mess we’ve made. They wouldn’t have her there if she wasn’t a powerful voice."

Maybe people should at least hear her out...

One follower made it clear that the panel isn't just for scientists: “It’s a town hall, not a meeting of scientists, some of their previous guests have been chef Jose Andres, director Spike Lee, author Laurie Garrett, etc etc." Keep scrolling for more on the pandemic, and why Bryan Adams is being accused of racism...
20%