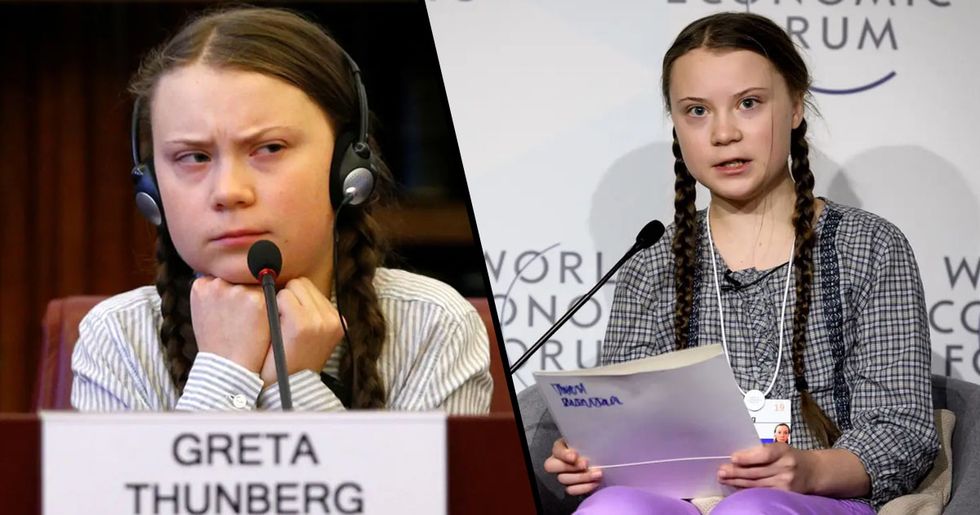 Greta Thunberg Says Adults Who Attack Her ‘Must Feel Threatened’

But with that level of fame, comes criticism. Now, people are trying to figure out exactly why people are so threatened by the young activist...

Did you think Greta wouldn't stand against the haters?

The sixteen-year-old slammed adults that "choose to spend their time mocking and threatening teenagers and children for promoting science," suggesting they "must simply feel so threatened." It makes sense, to be honest.

“As you may have noticed, the haters are as active as ever."

On Wednesday, she wrote that adults are "going after me, my looks, my clothes, my behavior, and my differences. They come up with every thinkable lie and conspiracy theory."

She urged her followers to avoid engaging with them.

"It seems they will cross every possible line to avert the focus since they are so desperate not to talk about the climate and ecological crisis. Being different is not an illness and the current, best available science is not opinions, it’s facts." "I honestly don’t understand why adults would choose to spend their time mocking and threatening teenagers and children for promoting science when they could do something good instead. I guess they must simply feel so threatened by us." That's the only reasonable explanation.

Personally, I don't think that adults can handle it...

The fact that a sixteen-year-old girl is leading global protests and getting her voice heard seems to anger adults, so they try to attack her in any way that they can. Even by stooping to commenting on her mental health as well as her physical appearance. Shameful.

But Greta will not be deterred.

She remains focused on her cause, ready to tackle climate change head-on and we stand by her. You, go girl!