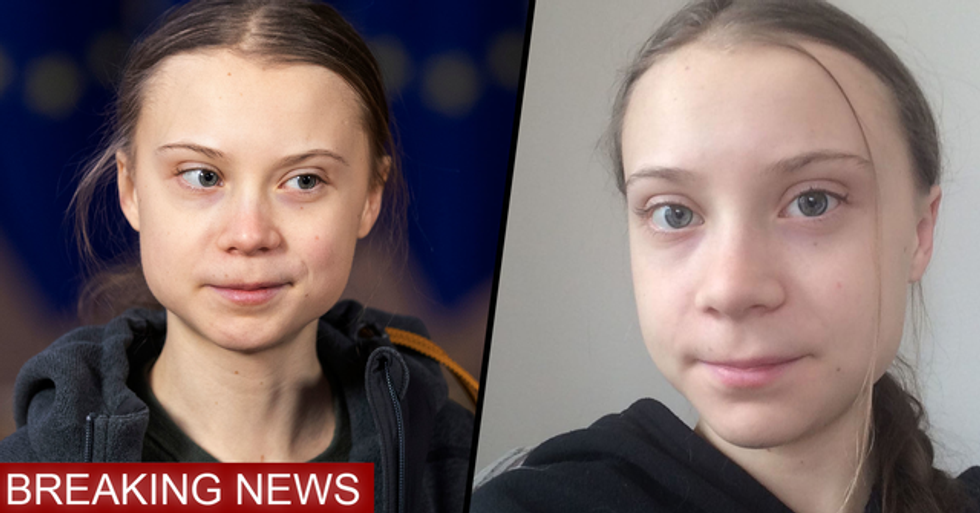 Greta Thunberg Says She May Have Coronavirus

The Swedish climate change activist, Greta Thunberg has reportedly been experiencing symptoms of the deadly COVID-19.

Keep scrolling for the full story on how she's contracted it, and read the strong message she has for her followers...

But the latest outrage against the teen is even worse.

Greta recently weighed in on the coronavirus crisis...

And now, these social media users may have got what they wanted.

2 weeks ago, the teenager returned from her European trip and has since been self-isolating.

However, she has now come forward with a worrying update.

Despite quarantining herself immediately after her trip, the activist has been reportedly suffering from symptoms of the virus.

She took to Instagram to inform her fans of her condition...

Around ten days into her quarantine, she started to experience the symptoms.

"Around ten days ago I started feeling some symptoms, exactly the same time as my father - who traveled with me from Brussels. I was feeling tired, had shivers, a sore throat and coughed. My dad experienced the same symptoms, but much more intense and with a fever."

She has reassured people that she is nearly recovered from her symptoms...

But has a strong message for her followers. "AND THIS IS THE BOTTOM LINE: I almost didn’t feel ill. My last cold was much worse than this! Had it not been for someone else having the virus simultaneously I might not even have suspected anything. Then I would just have thought I was feeling unusually tired with a bit of a cough. And this is what makes it so much more dangerous."

She finished her post by reminding people to self-isolate...

Even if they don't have symptoms. You can read her full Instagram post above. F0r more on the coronavirus crisis, keep scrolling to read about how the virus may have infiltrated the White House...