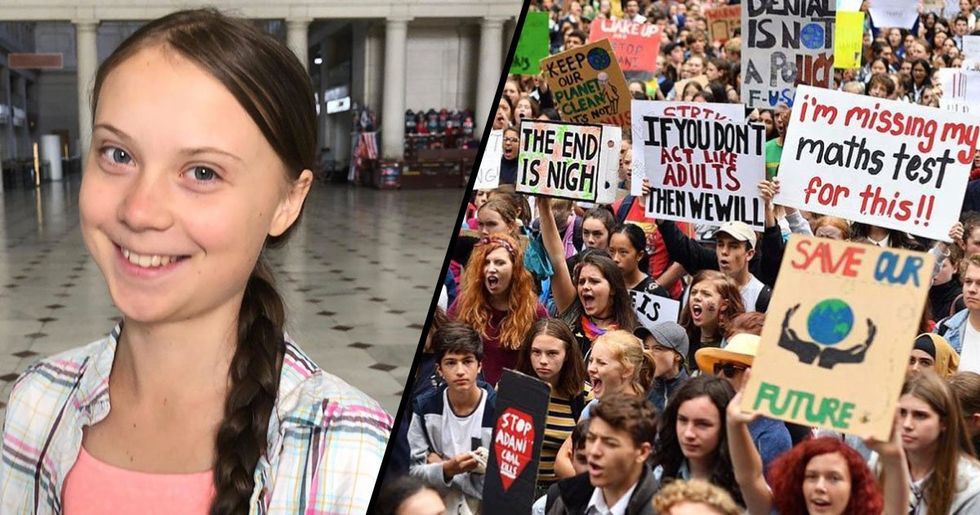 It's been a pretty busy week for climate change activist, Greta Thunberg. On Monday, the sixteen-year-old addressed world leaders at the U.N. Climate Summit, delivering a powerful, stinging speech about the urgency of the climate crisis. Then, after crossing paths with no other than President Trump in the lobby, fired the ultimate death stare, which subsequently went viral online.

And now, after a jam-packed few days, the teen has bagged the 2019 Right Livelihood Award, which is widely known as the "Alternative Nobel Prize," for her pioneering work in the youth climate change movement.

She's scooped up a pretty impressive cash prize too. Keep scrolling to find out more about her big win.

It's been a busy few days for the teen.

And today is no exception as she has been listed as 1 of 4 winners of the 2019 Right Livelihood Award, which is widely known as the "Alternative Nobel Prize."

Thunberg has been honored with the prize for her "inspiring" work.

According to a statement from the Right Livelihood Foundation, "Thunberg is the powerful voice of a young generation that will have to bear the consequences of today's political failure to stop climate change.
"Her resolve to not put up with the looming climate disaster has inspired millions of peers to also raise their voices and demand immediate climate action."

Thunberg joins 3 other winners who bagged the award too.

Thunberg, along with the other winners, has scooped up a pretty impressive cash prize.

According to Reuters, the 4 winners will each receive a cash award of one million Swedish krona ($103,000).

Here's how Thunberg reacted to her win...

The climate change activist said she "shared the award with the many people and adults who have joined her in her environmental crusade. "I'm deeply grateful for being one of the recipients of this great honor."

Although she was quick to say that she isn't the sole winner.

"But of course, whenever I receive an award, it is not me who is the winner. I am part of a global movement of school children, youth and adults of all ages who have decided to act in defense of our living planet. I share this award with them," she added. " The Right Livelihood Award is a huge recognition for Fridays For Future and the climate strike movement. Thank you so very much!" It's an impressive win. Well done Greta. If you want to learn more about the climate crisis, keep scrolling to read a story about a scientist with a rather strange solution to global warming.