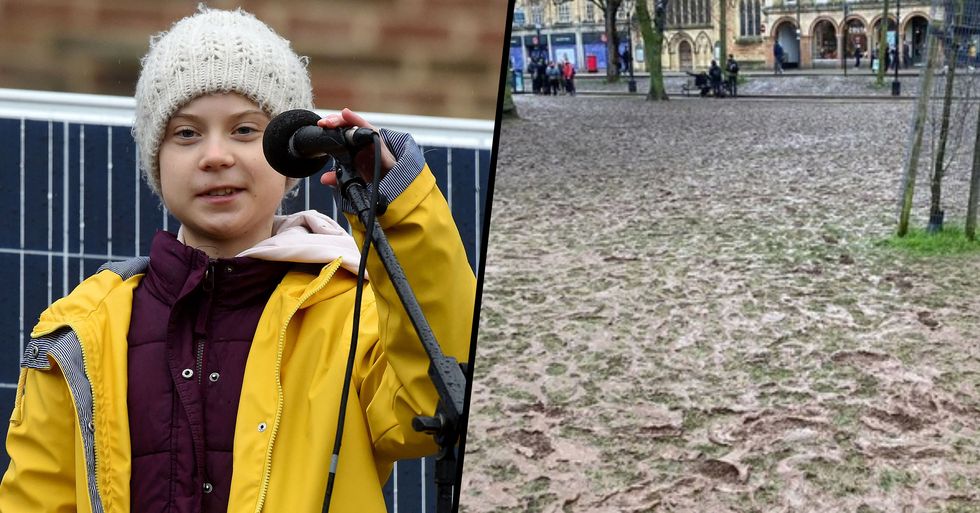 Greta Thunberg is undoubtedly one of the most talked-about seventeen-year-olds right now. The teen has truly made a mark on the world with her unwavering commitment to the climate change movement - a cause which is showing no signs of slowing down.

Despite the support she has, Thunberg has also been subjected to a lot of criticism, as we all know. But this time, the reasons why she's been called out are completely absurd...

Keep scrolling to find out what happened...

There's no denying at just seventeen, she's truly made her mark on the world.

So much so, that she's even getting her own TV show!

But in other Greta-related news, she's recently come under fire... Yet again.

Honestly, it just seems as though the young activist can't ever do anything right, according to her haters.

This time, the locals from Bristol, England have been criticizing her.

And this may be one of the most ridiculous reasons yet. During a recent rally at College Green, the Swedish activist has been accused of damaging a "healthy" patch of grass because it is now muddy...

"Oh the irony, hundreds of people turning up to talk about our planet dying end up destroying a green area." While another on Twitter said: "Call themselves green campaigners and then create this mess without a thought for the feelings of others. Most of them probably came from outside of Bristol so don't care a hoot."

Some people will literally latch on to anything.

Get over it and start doing things that can actually help the environment instead of just sitting and complaining behind a screen. If you're in the mood to read more about ways you can help the earth, then keep scrolling...