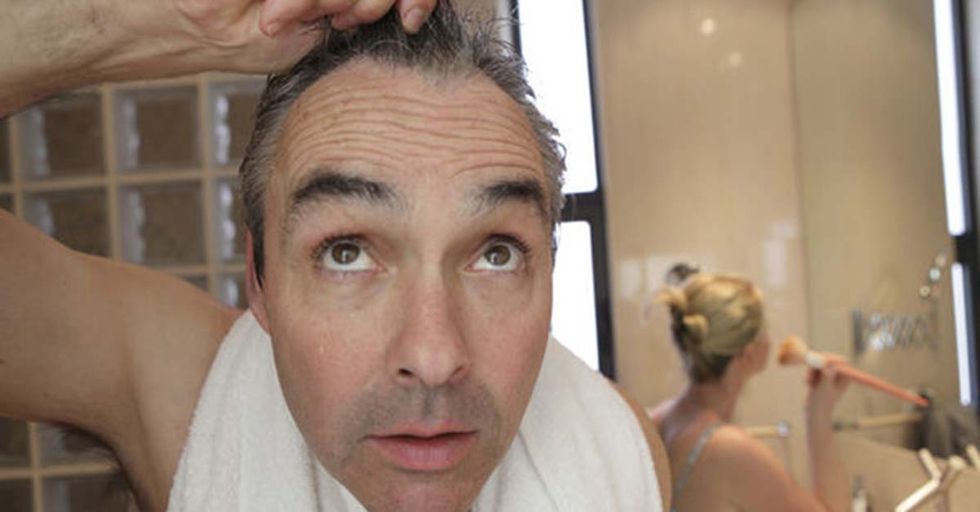 We normally just equate grey hairs with...well, with getting old.

But whether those pesky hairs come about later in life or earlier, they're telling us far more than we realize about our bodies and our health. See what else a grey hair can mean with the fascinating explanations below.

Grey hairs come about as a result of a lack of pigment.

The older we get, the less pigment we produce, the less hair we have. Simple enough, right?

There's a pretty simple breakdown of how people develop grey hairs over time.

Dermatologists say that by age fifty, 50% of the population has 50% grey hair.

There are exceptions based on demographics, though.

Those who go grey early often have lower levels of D3 and B12 vitamins.

Grey hair has also been linked to heart disease.

The men who experienced coronary heart disease have been found to have whiter hair than those who don't.

So what do grey hair and heart disease have in common?

If your relatives went grey early, there's a good chance you will too.

An Indian dermatology journal found that smokers were a staggering 2.5X more likely to develop grey hair than nonsmokers.

Smoke's chemicals break down hair cells and can also lead to balding and hair loss.

Another factor could be oxidative stress. That's an imbalance in free radicals, often caused by pollution or an unhealthy diet.

The stress can cause your hair follicles to produce hydrogen peroxide, which leads to greyer hair.

Another journal found that people who went grey for seemingly no other reasons were 4X likelier to have or develop osteopenia.

That's a condition that, if left untreated, can lead to osteoporosis, which in turn can lead to broken and weak bones.

If your hair's grey, thinning, or fine, that could be a symptom that your thyroid isn't functioning properly.

Eastern medicine suggests that the quality of your blood and the health of your kidneys are reflected in your hair. The greyer your hair is, the worse off those are.

So think about all the proper causes. If you can't find any after consulting a doctor, it's likely just time for you to go grey!

via: The Daily Quotes