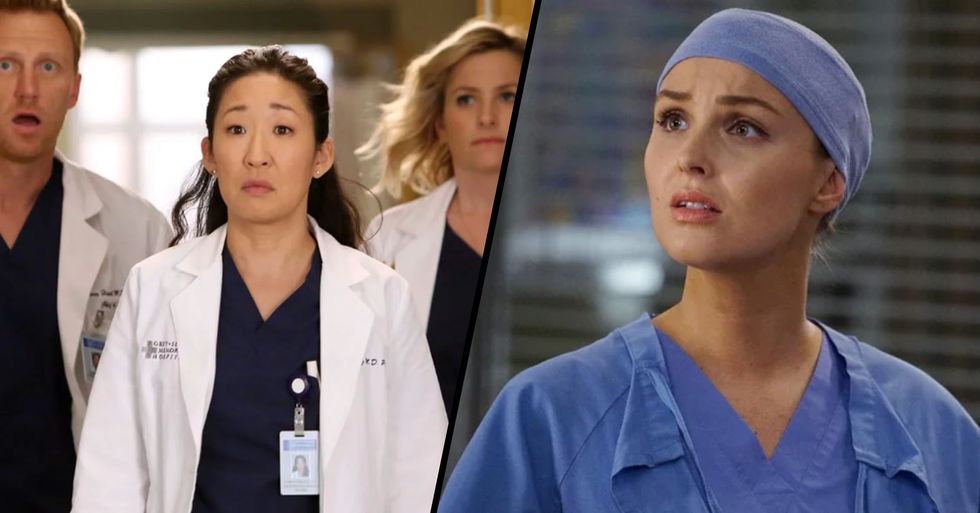 The COVID-19 pandemic has taken the world by a storm in the last few months.

As the death toll steadily rises and the panic increases, researchers and medical experts are desperately battling the virus and trying to keep it under control.

But thankfully for them, the people behind Grey's Anatomy are planning on donating real medical supplies to help.

The COVID-19 crisis has been at the forefront of all aspects of our lives in the last few months.

There are now 226,238, to be precise. And, devastatingly, a staggering 10,496 people have been reported to have died from the illness.

Since the first COVID-19 patient in Washington, there have been 14,549 more confirmed cases across the country and 218 deaths.

Researchers have been working tirelessly to find a cure...

Or to even slow it down, for that matter!

Many donations have been made towards medical research...

And the most recent is very high profile.

The one and only Grey's Anatomy has gotten involved.

The medical drama is hugely popular here in the States and worldwide, and of course, it is best known for covering all things surgical and gruesome.

The show has ran for seventeen seasons now...

And it is most definitely the go-to for some medical drama... well, that's alongside House M.D of course!

It seems that Grey's Anatomy wants to help in some sort with the corona crisis...

So they have decided to donate gloves and gowns, typically used as costuming for the fictional medical professionals on the series, to those in need of extra protective measures during this time.

This isn't the first time the show has had involvement...

The show had a lot of product to give away...

"At Station 19, we were lucky enough to have about 300 of the coveted N95 masks which we donated to our local fire station. They were tremendously grateful. At Grey’s Anatomy, we have a back stock of gowns and gloves which we are donating as well," she said.

She pointed out the difficult time that healthcare workers are having right now...

"We are all overwhelmed with gratitude for our healthcare workers during this incredibly difficult time, and in addition to these donations, we are doing our part to help them by staying home," she went on to say.

Grey's Anatomy isn't the only show donating towards the cause...

The Good Doctor, which like Grey’s Anatomy airs on ABC, is reportedly also donating supplies to local facilities in Vancouver, where the show's set is located

These donations are greatly appreciated...

And no matter how small, every donation can go a long way towards helping the people in healthcare who are working tirelessly against the pandemic at the moment. Keep up with the latest entertainment news by following us on Facebook.