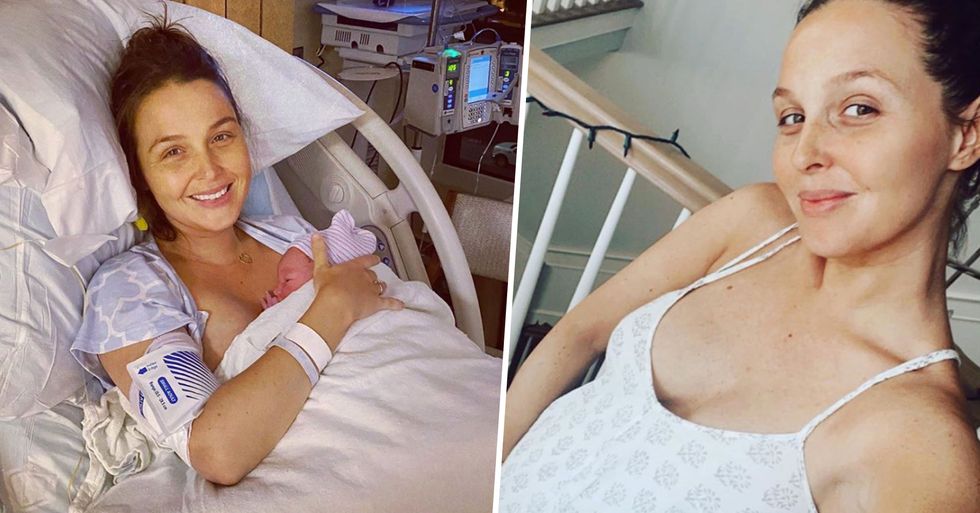 Grey's Anatomy is now such a staple part of so many people's lives since it debuted all the way back in 2005. And with excitement brewing for Season 17, it seems as though there's no slowing down.

But recently, it seems as though the stars' personal lives have stolen the spotlight. Camilla Luddington has recently given birth to her second child and everyone's asking the same thing: What has she named him?

Fans went completely crazy, seeing one of their favorite on-screen doctors in such as intimate moment.

For those of you that don't know, Luddington stars alongside other famous on-screen doctors in Grey's Anatomy.

The show has been in the spotlight for fifteen years now.

The medical-based drama has been on our screens for well over a decade and has racked up an impressive sixteen seasons, with the seventeenth coming very soon. But it seems as though not everything was as perfect as it seems...

How has it managed to defy all the odds though?

When it comes to keeping audiences entertained, many shows fall flat after a strong third season. I mean, there's only so much you can squeeze out of something before it's dead, you know?

But what's so different about Grey's Anatomy?

Directed by Shonda Rhimes, Grey's Anatomy tells the story of Dr. Meredith Grey (played by the very talented Ellen Pompeo) and portrays the hectic life of healthcare professionals as they balance their own lives as well as the lives of patients.

The show has managed to capture the hearts of global audiences.

With sensitive issues such as the ones tackled in the show, it is important for the producers and the directors to be able to keep the storylines raw and realistic without putting off viewers.

And they managed to do just that.

So much so that 317 episodes later, fans are still hooked.

Grey Sloan Memorial Hospital has now become a part of everyone's life, despite it being a fictional location. But that's the impact of good TV shows, they manage to create that all-important bridge between stories and reality.

We always knew we were getting the seventeenth season after Rhimes extended the sixteen-year contract when we reached Season 15, but we didn't expect that they would switch it up to reflect real-life events.

It has just been announced that the newest season will tackle the coronavirus pandemic.

After a turbulent few months, it seems as though the show is already preparing to take on the sensitive topic that has destroyed our planet. But they have their own reasons for doing so.

The last season, sixteen, was wild enough as it is.

Some of our favorite characters had found themselves in the middle of some pretty disastrous scandals, seeping from their personal lives into their professional ones. And the same can be said for some of the actors in real life too as Camilla Luddington's recent announcement revealed.

Some of the characters have found themselves in their own awkward situations.

Teddy and Owen are navigating their lives as new parents, Amelia and Bailey are both pregnant (awks!) and Richard and Alex are starting their new jobs at another hospital desperately in need of help.

These kinds of storylines are important for audiences to see how doctors' personal lives affect their work ones...

But it seems as though recently, a lot of the actors' personal lives have been stealing the limelight away from the show...

Recently, all the attention has been on Camilla Luddington, AKA Dr. Jo Karev who welcomed her second child into the world.

The star and her husband, Matthew Alan, proudly welcomed a baby boy on Tuesday, August 25th.

And of course, she revealed the news to her fans in the best possible way...

And as soon as the news was revealed, the well-wishes poured in from fans all around the world.

But what fans and friends were most concerned about was the little boy's name...

Luddington revealed she had named him Lucas, "otherwise known as [her] little lion."

For more news on other celebrity babies, keep scrolling...