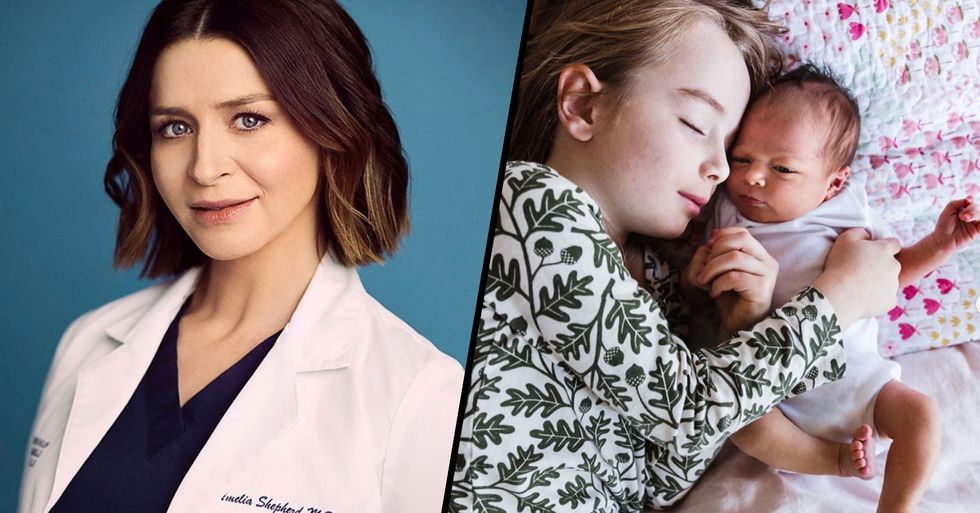 The trials and tribulations of motherhood can have you contemplating so many different things. Right from the start, parenting is a difficult task and even if you've been through it previously, you never know what could happen the next time.

Caterina Scorsone decided that after four months of calling her newborn one name, she was going to change it to something else and fans absolutely love the idea.

Keep scrolling to see the beautiful announcement on her Instagram.

Caterina has had a wild career.

From starting out in the industry at eight years old, the Candian actress has been on a roll ever since.

She was already part of the big leagues after co-starring in Strike!.

The coming of age film had an all-star cast including Kirsten Dunst and Rachael Leigh Cook and was even produced by Oscar-winning director Sarah Kernochan.

The movie helped her cement her name in the world of acting.

With her name already up in big lights, it could only get better for the young actress.

Just a year later, in 1999, she found herself in yet another massive role.

But you guys all probably know her as "Amelia Shepherd."

In the popular medical TV show, Grey's Anatomy, Scosone plays the Chief of Neurosurgery and has been part of the cast since 2010.

But outside of her medical role, she is a different kind of professional.

Scorsone received her Bachelor's degree in Literary Studies, Comparative Religions, and Philosophy at the University of Toronto, so she's gifted in more than just the world of acting.

And if you thought she couldn't get any more talented, she is also a mother.

While balancing her educational life and her busy career, she is also a mother of 3 children, Eliza, 7, Paloma, 3 and her youngest being born only a few months ago.

She welcomed the newest member of the family late last year.

After announcing that she was pregnant with her third child a few months prior to this, she gave birth to Arwen Lucinda Scorsone in December 2019.

Fans were very excited by the news... And not just because they were happy for her.

A lot of Grey's Anatomy fans used the announcement to decipher whether or not her on-screen character was also going to have that crossover because there would be no way they could hide that baby bump!

And they were right.

"Amelia Shepherd" also gave birth to a baby boy during the Season 16 finale. And yes, it was a very touching moment seeing the two paths cross.

But 4 months on and the actress has now made a new announcement...

It seems as though she and her husband, Rob Giles, have made what can be described as a "controversial decision."

It seems as though "Arwen" was not actually the perfect name for their daughter...

In an adorable post, Scorsone revealed that she has changed the name of her daughter after 4 months of getting to know her and realizing that her original name might not be the right fit... Keep scrolling to see the heartwarming post as well as her new name.

But it seems as though everyone's totally on board with the announcement...

Fans flocked to the post in order to tell her how much on an inspirational mother she is.

Her new name is really lovely.

And apparently it suits her more than "Arwen."

And a lot of people have said the post has provided them with some comfort.

Apparently, seeing Scorsone with her new baby was enough to make people's day and after you see the Instagram post, you'll definitely agree.

It seems as though everyone loves Arwen's new name.

The happy couple has decided to call her "Lucky", as a spin-off of her middle name Lucinda and to tell you that people loved the idea would be an understatement.

Others focussed on the books in the background too...

While there were many on the shelves behind her, it seems as though fans picked out some important mental health and mindfulness ones as they were an important part of keeping healthy during quarantine... especially if you've just had a baby!

Scorsone can do no wrong.

A talented actress, an activist, and a mother of 3? This woman can do it all. No wonder her fans love her so much.

Doesn't she just look so happy?

If you're in the mood to read more about how celebrities are keeping entertained during self-isolation...

Keep scrolling for some love and positivity.