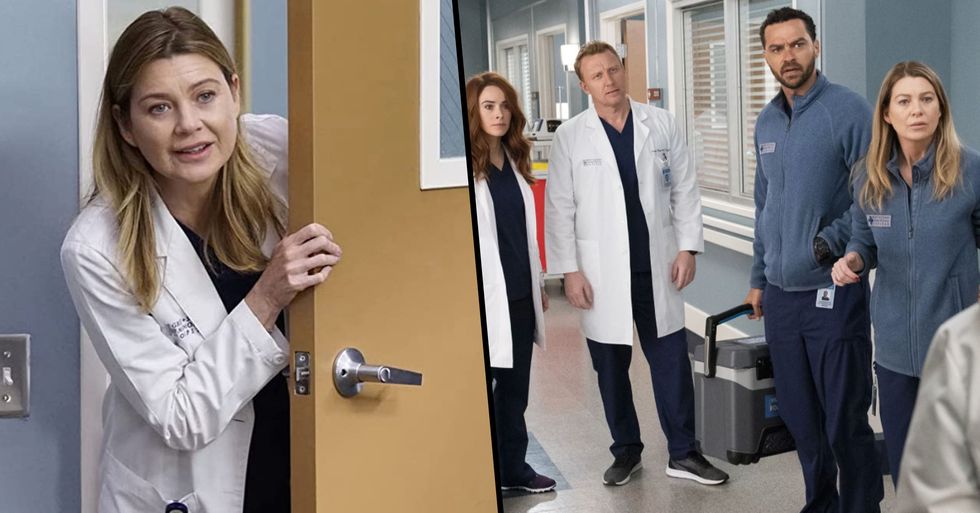 Grey's Anatomy has recently announced that they will be tackling the coronavirus pandemic in Season 17 for a number of valid reasons and we're totally on board with the idea.

Read on to find out exactly why the executive producer has decided to do this, and what's in store for the new series...

Grey's Anatomy has been in the spotlight for fifteen years now.

The medical-based drama has been on our screens for well over a decade and has racked up an impressive sixteen seasons, with the seventeenth coming soon.

But how has it managed to defy all the odds?

When it comes to keeping audiences entertained, many shows fall flat after a strong third season. I mean, there's only so much you can squeeze out of something before it's dead, you know?

But what's so different about Grey's Anatomy?

Directed by Shonda Rhimes, Grey's Anatomy tells the story of Dr. Meredith Grey (played by the very talented Ellen Pompeo) and portrays the hectic life of healthcare professionals as they balance their own lives as well as the lives of patients.

The show has managed to capture the hearts of global audiences.

With sensitive issues such as the ones tackled in the show, it is important for the producers and the directors to be able to keep the storylines raw and realistic without putting off viewers.

And they managed to do just that.

So much so that 317 episodes later, fans are still hooked.

Grey Sloan Memorial Hospital has now become a part of everyone's life, despite it being a fictional location. But that's the impact of good TV shows, they manage to create that all-important bridge between stories and reality.

We always knew we were getting the seventeenth season after Rhimes extended the sixteen-year contract when we reached Season 15, but we didn't expect that they would switch it up to reflect real-life events.

It has just been announced that the newest season will tackle the coronavirus pandemic.

After a turbulent few months, it seems as though the show is already preparing to take on the sensitive topic that has destroyed our planet. But they have their own reasons for doing so.

The last season, sixteen, was wild enough as it is.

Some of our favorite characters had found themselves in the middle of some pretty disastrous scandals, seeping from their personal lives into their professional ones.

Meredith Grey currently finds herself in a compromising situation after getting involved in fraud.

But at the end of the season, she confessed to her illegal activities when she realized someone else (DeLuca) was taking the fall for it.

And not only that, she also messed up the hospital's reputation completely.

That's right, she posted a (slightly stereotypical) article about the inequalities of the medical system which left the hospital's rep in the dirt. I wonder who's going to be the one to get them out of that.

Other than that, the rest of the characters have found themselves in their own awkward situations.

Teddy and Owen are navigating their lives as new parents, Amelia and Bailey are both pregnant (awks!) and Richard and Alex are starting their new jobs at another hospital desperately in need of help.

These kinds of storylines are important for audiences to see how doctors' personal lives affect their work ones...

But for Season 17, they've decided to crank it up a notch by discussing the coronavirus pandemic.

The news comes after the casts of Grey's Anatomy have already spoken out about it.

Kevin McKidd, who plays Owen Hunt on the drama had recently released a charity single in which all the profits were donated to food banks who are trying to reach vulnerable people in society.

And not only that but the cast and crew donated all their medical supplies to help the efforts.

"At Station 19, we were lucky enough to have about 300 of the coveted N95 masks which we donated to our local fire station," said showrunner Krista Vernoff. "They were tremendously grateful. At Grey's Anatomy, we have a backstock of gowns and gloves which we are donating as well.

"We are all overwhelmed with gratitude for our healthcare workers during this incredibly difficult time, and in addition to these donations, we are doing our part to help them by staying home."

But now they're planning on raising awareness on how the entire issue has impacted frontline medical staff.

This is a crucial step for people to be able to see how medical professionals were stretched to the limit when the disease first hit and even up until now, they are just about grasping the reigns with it all.

The season will include 24 or 25 episodes.

Krista Vernoff explained how some of the storylines will play out: "We’re going to address this pandemic for sure. There’s no way to be a long-running medical show and not do the medical story of our lifetimes."

She told us more:

"Every year, we have doctors come and tell us their stories, and usually they’re telling their funniest or craziest stories. This year, it has felt more like therapy."

It has been a very difficult year for all of us:

"The doctors come in and we’re the first people they’re talking to about these types of experiences they’re having. They are literally shaking and trying not to cry, they’re pale, and they’re talking about it as war — a war that they were not trained for. And that’s been one of our big conversations about Owen, is that he’s actually trained for this in a way that most of the other doctors aren’t." Vernoff added that it's been "really painful" to hear about the suffering that patients and healthcare workers are experiencing during the pandemic. "I feel like our show has an opportunity and a responsibility to tell some of those stories," she said.

Well, we're looking forward to it.

Though shooting for Season 17 has not yet started, it seems as though the producers all have big plans so keep your eyes peeled. In the meantime, keep scrolling to see how one Grey's Anatomy character confused us all with a "controversial" decision she made...