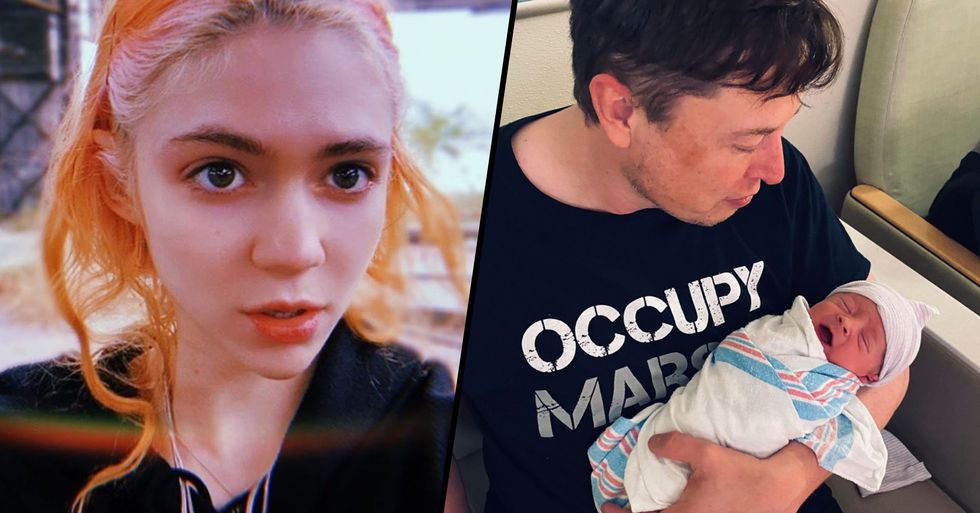 Make sure to keep scrolling to see what Grimes had to say to the trolls who were making fun of her baby's name...

Elon Musk and Grimes have finally welcomed their baby into the world.

But all anybody has been able to talk (and joke) about is the baby's very unusual name, and now, Grimes has clapped back at the trolls. But firstly, let's start from the beginning...

We should completely respect that fact, but this is not their only controversial decision... Read on to see what else they did.

This will be Grimes' first baby...

While Musk already has 5 children, a set of twins and triplets with his ex-wife Justine Wilson. Now that's a lot of children.

Even though an official birth date is yet to be confirmed, Grimes and Musk welcomed their baby into the world on Sunday, with Musk sharing this adorable photo on Twitter in response to eager fans.

Putting aside all of the drama, we're just happy that Grimes and her new baby are doing well and are healthy...

Because that is all that matters right now. Congratulations, Elon and Grimes!