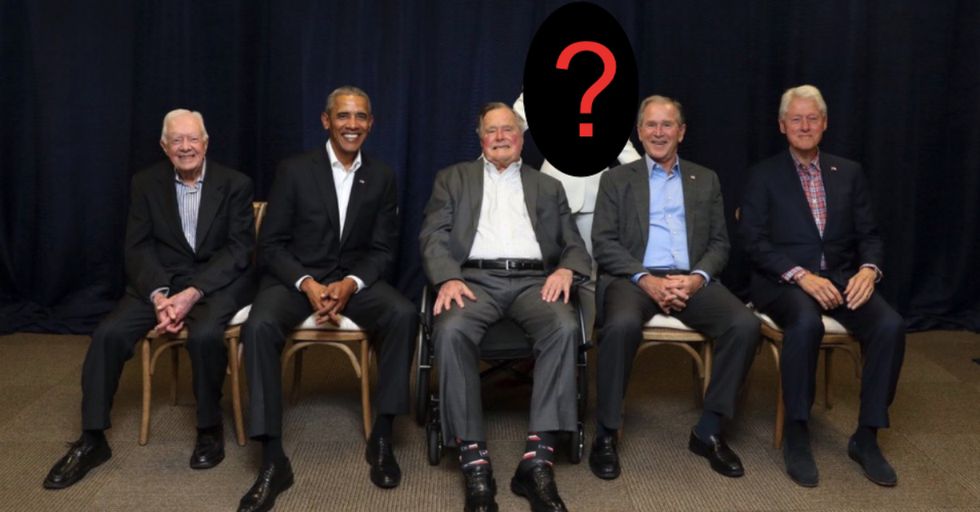 On Saturday, former presidents Jimmy Carter, George H.W. Bush, Bill Clinton, George W. Bush and Barack Obama gathered in Reed Arena of Texas A&M for the One American Appeal concert, a charity fundraiser which has raised $31 million to date for hurricane relief. Donald Trump appeared via pre-taped message, but his was not the most surprising appearance during the massive concert, which boasted the likes of Lyle Lovett, Robert Earl Keen, Sam Moore and Yolanda Adams.

In an unbilled surprise appearance, the "American Horror Story" actress and noted songbird performed her song "Million Reasons" for the crowd. But that wasn't all...

Nothing more beautiful than everyone putting their differences aside to help humanity in the face of catastrophe.… https://t.co/A3F6X10GLm
— Lady Gaga (@Lady Gaga)1508638307.0

Gaga took a photo with the presidents, and it quickly went viral. People were appreciative to see the singer and former presidents in harmony, and many remarked she didn't look out of place at all. *ahem* Lady Gaga for president? *ahem* Who knows! But Gaga wasn't content to just do a photo op, oh no. According to Jim McGrath, a representative for George Bush Sr., the singer made a "generous" donation to the cause. That Lady Gaga – always a class act...