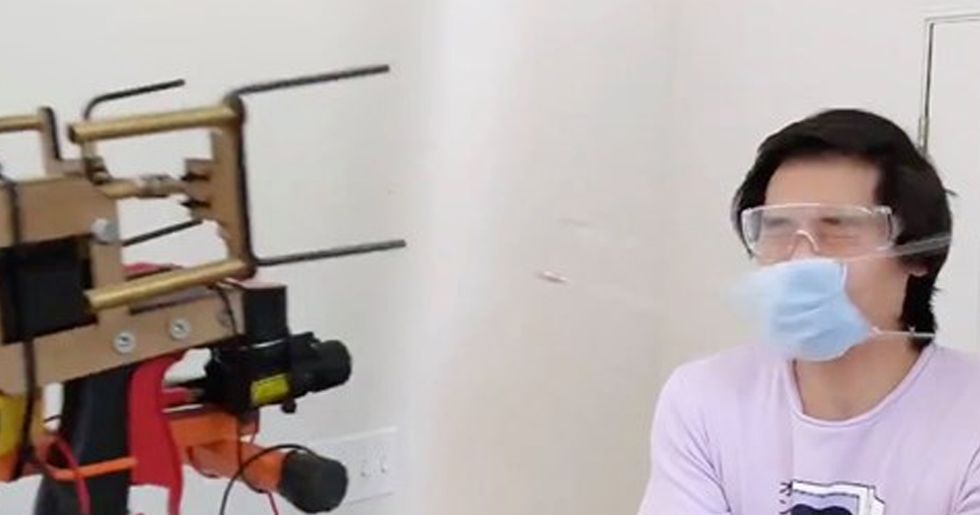 Why are people still not wearing masks? They're not that bad - and countless doctors and scientists have spoken out about how truly vital they are to insist we don't enter a hellish second wave of COVID-19.

It does not take away your freedom if you wear a mask. If anything, it means we'll all be able to go back to normal much sooner.

But still, lots of people don't want to wear masks and are causing one helluva hissy fit about the entire thing. So one man has created a gun that fires masks onto people's faces.

One doctor has gone above and beyond to prove they are truly safe.

Because masks don't actually impair oxygen levels at all.

And this test proves it!

But one man has a solution to people not wearing masks.

And yes. It is a gun. But not for anything violent thank God!

And after successfully testing it on a dummy in his home, he brought it out to put it to use.

He took it Huntington Beach.

Which is one of the most anti-mask cities in Southern California. In Allen's own words, 'what could possibly go wrong?'

He shared the footage online.

Check it out. I personally don't think this is that bad of an idea...

So there you have it - masks are good.

Want more mask controversy? Scroll on for what Tom Hanks had to say on the matter ...