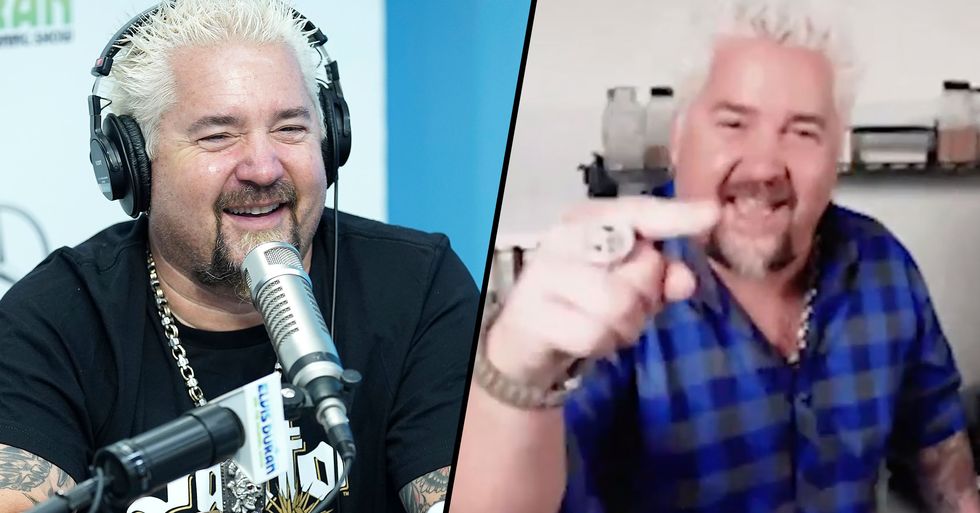 Amid the lockdowns occurring all over the world, our restaurants and bars are amongst the worst affected.

With dwindling customers and enforced closures, hospitality staff are seriously struggling, and are facing scary and uncertain futures.

But Guy Fieri has managed to raise over $20 million for restaurant workers.

Keep scrolling to read about this amazing gesture...

The current pandemic has brought the world to a complete standstill.

Originating in Wuhan, China at the end of last year, a virus has been sweeping across the planet at an alarming pace.

It's a dire situation for everyone.

And world leaders have been desperately scrambling to find a solution to the ongoing pandemic.

Several restrictions have been put in place...

Including President Trump's temporary travel ban between the United States and all European countries, including the United Kingdom.

Major sporting events and music festivals have been either postponed or canceled...

And many cities all over the world have placed a temporary ban on any large or crowded social events and gatherings.

And, sadly, this means the hospitality industry is suffering.

With millions being encouraged to avoid social situations and living in self-isolation and quarantine, restaurants and bars are struggling to make ends meet.

Our bars and restaurants are amongst the hardest hit businesses in this coronavirus pandemic...

And the owners, managers, and staff are all facing an uncertain future.

Several states across the country have forced the closure of their bars and restaurants.

Governors in California, Ohio, Illinois, Massachusetts, and Washington all agreed to close wineries, restaurants, and bars in a last-ditch attempt to prevent further spread.

It is a horrendous situation for all hospitality staff involved.

Looming mortgage and rent payments combined with no customers and low profits - It's a recipe for disaster.

People have been doing all they can to help those who are struggling...

He sprung into action to help the restaurant staff...

As he knew how hard hit they were going to be.

He began raising money for them and has currently raised $20 million.

Guy explained how he raised the money so quickly whilst he joined 'TMZ Live'.

On the TMZ Live he explained, "I started thinking about my brothers and sisters in the restaurant industry and about a bunch of restaurants I was closing and we had to do something".

So he partnered up with the National Restaurant Association Educational Foundation.

And with that Guy began sending out personal invitations to CEOs all cross the catering business.

The money is available as a one time grant for any worker to apply for if they are facing hardship.