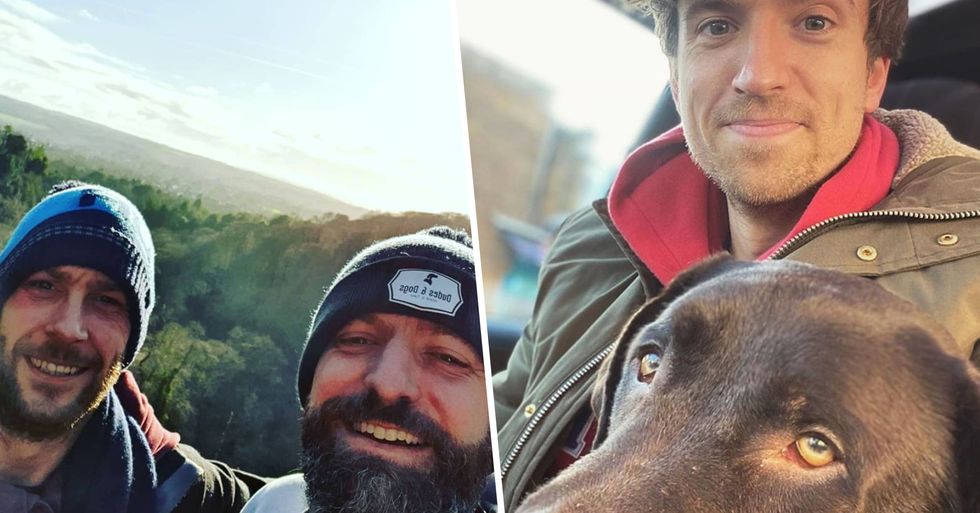 And one group in Bristol, U.K. has harnessed the power of dogs for good.

And one group that's gone viral this week?

Well, it categorically proves that dogs are actually the best.

This is Rob Osman, from Bristol, England.

He's dealt with anxiety and depression for the majority of his life, but discovered one thing that really helped him out.

Osman discovered that his mental state felt far, far better when he was out walking his Hungarian Vizsla, Mali.

And he wanted to spread the word.

So Osman set up Dudes & Dogs, a community project designed to help men take better care of their mental health.

Men meet up to walk their dogs.

It gives them all an opportunity to get some fresh air and talk about their feelings and emotions.

“Talking helps. It really does."

"It’s helped me no end, but sometimes as men, we aren’t the best at it," Osman explains.

"Well, Dudes & Dogs wants to change that for the next generation."

"There is no doubt things are changing. We want to be a part of that. By simply getting outside, talking things through, we can start to change our mood."

Walking the dog means getting outside for fresh air and some light exercise.

"It’s been the best therapy I’ve ever," Osman explains.

Osman wanted to spread the love.

He invited friends out on the walks with him and found it gave them all a great opportunity to open up.

All the men started to notice a benefit.

And then Osman decided to open the meetings up to more men.

Men are notoriously bad at taking care of their mental health.

Many suffer in silence and struggle to even talk to their friends about what they're going through.

"They need someone to listen."

"The idea of using a dog gives people an hour away from the family and gets them out."

"When people are around them they drop their defenses. They play with the dog."

The group has been a huge success.

Many men have credited it with changing their lives.

Dogs really are the best, aren't they?

What a total credit to Osman.

He's truly done something worthwhile for the world. Want more proof that dogs are the best? Scroll on for one heroic hound who saved her owners life.