Guy Who Thinks He's About to Outsmart the Internet Turns out to Be Very, Very Wrong | 22 Words 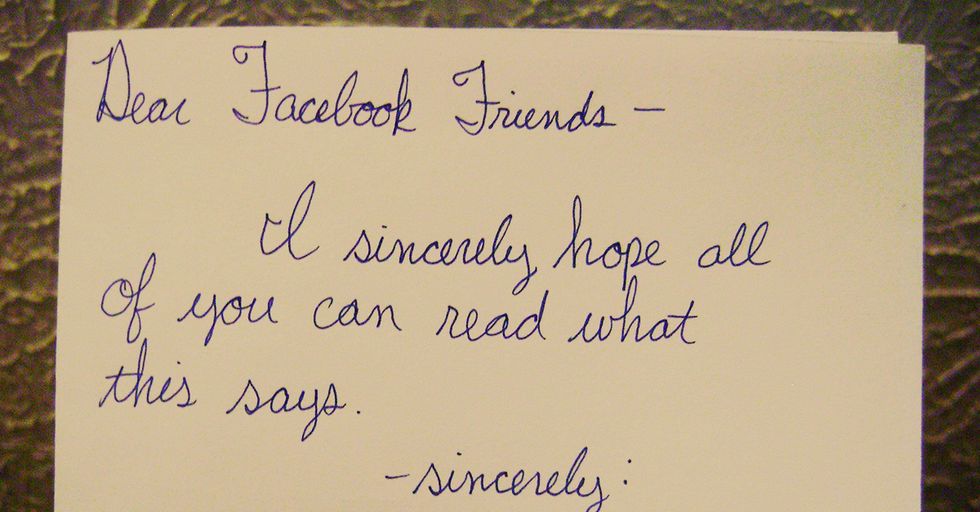 Guy Who Thinks He's About to Outsmart the Internet Turns out to Be Very, Very Wrong

Sure, most of us aren't winning Nobel prizes left and right, but no matter how much schooling you've had, or what your grades looked like, you are smart. You might not excel in mathematics or history or chemistry, but there is something that you're very knowledgeable about (even if it's a very small something).

There's one thing that most of the smartest people in the world have in common: They don't go around bragging about how smart they are. It's in pretty poor taste and doesn't exactly make people respect or admire you.

Despite that, there are still people in this world who won't shut up about how smart they are. Most likely, they took some kind of online IQ test and can't wait to tell you that they got a super high score on it. These people are kind of the worst.

Sometimes, the best response is to smile and nod.

Other times, it's OK to gather a bunch of examples of super "smart" people being super obnoxious into one list and laugh. This is one of those times.

I texted all of my contacts: "Happy New Year!". I'm posting the most thematic responses on appropriate subreddits. from iamverysmart

I've got a resolution for you. Don't ever reach out to this Dylan character again.

I'm trying to do some budgeting, but I'm having a little bit of trouble because I'm not sure what my nauseating income is vs. my net.

You honestly believe that?

Better watch out or he’ll catch your brainwaves! from iamverysmart

What a coincidence! I honestly believe you're one of the most obnoxious people on planet earth.

“I discriminate heavily against people with low IQs” from iamverysmart

If you're looking for nothing but intelligent discourse, you should look somewhere other than Twitter. That's not really its forte.

I'm going to start using the "too blurry" excuse every time I don't know something. It obviously works like a charm.

I'll take Things That Definitely Did Happen for $2,000, Alex.

Oh, you use Google?

Iamverysmart, so I don't need google; instead I find reliable websites... from google. from iamverysmart

Let me get this straight. You think it's dumb that people used Google to find information that you yourself found while also using Google? I want to make sure I'm understanding you correctly.

He was TEN and realized this, how could you not?! from iamverysmart

Wow, look at this very smart man! We should all hope to be as smart as he obviously is.

This one is embarrassing to read. Imagine being the one who wrote it.

Not a soccer fan.

Hah, look at these fools, liking sports. from iamverysmart

I do believe the part where you said he was speechless. I would also have stopped talking to you.

Every day I dread seeing my Facebook Memories. High School was rough. from iamverysmart

I looked at my own Facebook Memories once. I never made that mistake again.

Incredibly successful entrepreneur teaches me a lesson from iamverysmart

Better watch out for this guy. He participates in the stock market. Frequently.

And that's a good thing?

I'm not sure why you'd want to have this skill. But you do you, I guess.

Facebook Memories: Great at reminding me how much of a tool I was 6 years ago from iamverysmart

That's interesting. To me, Bach just sounds like a bunch of human-generated noises made with stringed instruments. Get on my level.

Here's another thing that never happened:

It's nice to have dreams, I guess. But, maybe we shouldn't pretend they happened, though.

It wasn't good. from iamverysmart

I agree that it's the best pick-up line, although for an entirely different reason: You instantly know that you do not want to talk to the person who uses it.

Jennifer, you are my hero. Rick? You, well, keep being yourself, I guess.

It’s only 10 am from iamverysmart

Two Aristotle quotes by 10 am? Ha! What are you, some casual Aristotle fan? I've already quoted him 14 times.

The scariest part? THIS ISN’T EVEN MY FINAL FORM! from iamverysmart

No, the scariest part is that you posted this online where it will undoubtedly haunt you throughout your life.

On a video about differential calculus... from iamverysmart

You don't like to use the word "genius," then don't.

"I understand why you'd Google."

Yes, be condescending on tinder. That always works. from iamverysmart

WHY?! Why would anyone do this?

"And, naturally, I couldn't contemplate the glass of water without also taking a picture and posting it Instagram so you could witness my genius."

I'm sure he'd love that.

This person seems like someone Elon Musk would love to hang out with. That is not a compliment.

20 pages below the required minimum and still an A, must be really good then from iamverysmart

That's right, everybody! It's time for yet another round of "Things That Definitely Did Not Ever Happen."

Good luck with that.

The hashtags are what really make this one for me. #college.

A new type of brain!

Did they say it was a good type of brain? Otherwise, I'm not sure I'd be bragging about that.

This one really takes the cake.

Reading this is giving me flashbacks to working on group projects in college. I can't even imagine what my response would be to a text like this.

And finally, the pièce de résistance:

As far as I'm concerned, Neil Degrasse Tyson is the ultimate arrogant intelligence snob in the world. It's nice to see him get called out here. Share this with someone who is smart!