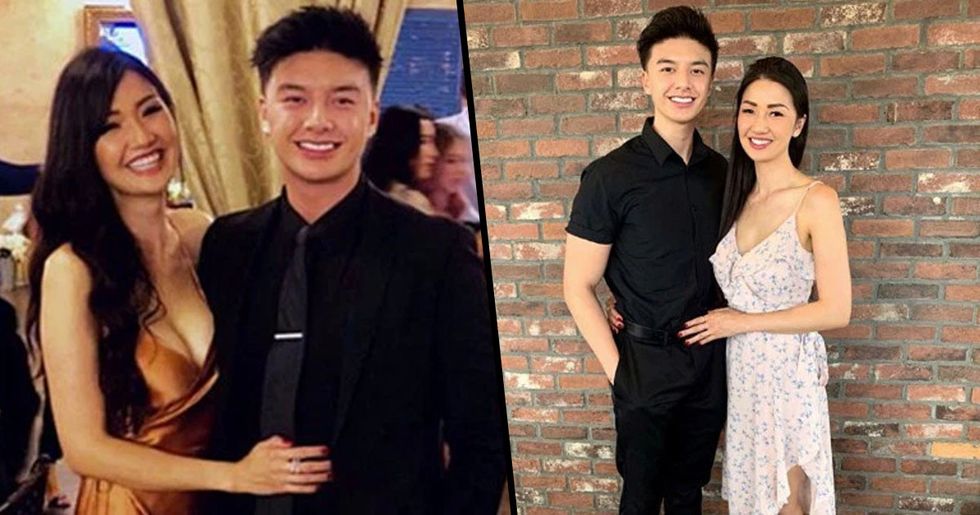 For many women, restrictive societal beauty standards can put a real dampener on their lives. We're all expected to look perfectly polished and ready for a photoshoot at all times. And one highly pernicious standard that women are held to? We're simply not allowed to age - or at least, age visibly.

Well, one woman from Los Angeles seems to have cracked the code. A twenty-two-year-old man posted images of him alongside a very attractive female. But, after some pretty awkward comments complimenting the beautiful "couple," Jonathan Nguyen had to own up. The lady in the photos is actually his mother.

She certainly looks good for her age - but it doesn't come easy. For all her secrets, read on.

But one Los Angeles woman appears to have done the impossible.

The internet has gone wild this week after a photo of an incredibly youthful-looking mom went viral.

It was shared by her son, Jonathan Nguyen.

The twenty-two-year-old California resident has built up quite the online following with an impressive array of Instagram selfies.

His original post was in a group called "subtle asian traits," where those with Asian heritage share common experiences relating to their culture.

The post bemoaned what Nguyen claimed was a common Asian problem.

He posted a photo of himself with his mom, writing, "Having a young Asian mom is great until you see someone your age shooting their shot at her."

And there was one overwhelming reaction to the post - Facebook users had assumed at first glance that the picture was of a young couple!

Some were jealous of the mom's appearance.

In a world where youthful good looks are prized above most things, this woman is indeed in an enviable position.

But others pointed this out.

It's commonly accepted that aging gracefully is one of the (many) perks of an Asian heritage.

Here's one of the pics posted.

We have to admit - this mom does look unbelievably young to be posing with her twenty-two-year-old son.

Initially, Nguyen claimed that his mom's real age was a "secret" - but he has since admitted that she's in her forties.

Although some felt a little suspicious.

Perhaps it's not just the fact that the Nguyen's mom looks young - which she undoubtedly does. But she also poses with him in suspiciously coupley ways.

Check out this shot, for example.

This looks like a pair on a date at a dance, right? That hand placement certainly has a romantic leaning.

Or how about this one?

Taking shots with your mom is a sure-fire way to trick people into thinking that she's a crazy youth like you.

But there was one overriding reaction to the images.

People out there were desperate to know Nguyen's mother's secrets for maintaining such a youthful appearance.

Many referred to her as "goals."

But, disappointingly, it doesn't seem as though Nguyen's mom has discovered the fountain of youth. Her staying-young tips are some of the worst kept secrets in the biz.

Firstly, she has a pretty intensive exercise routine.

According to Nguyen, his mom "works out every day." We're tired just thinking about it.

On top of exercise, diet also plays a huge role.

Nguyen's mom also swears by eating "lots of fruit," "won’t eat any processed foods," and sticks to a high-fat, low-carb, ketogenic diet. Apparently, she's also into her skincare, but Nguyen is "not too aware of" it. Dammit!

But since the story has taken the internet by storm, Nguyen has had a pretty funny reaction.

He's posted on his Facebook: "What In the world... my mom might kill me LOOL." We think that she's more likely to thank him for the positive attention! For an even more awkward interaction involving a young-looking mom, keep on scrolling...