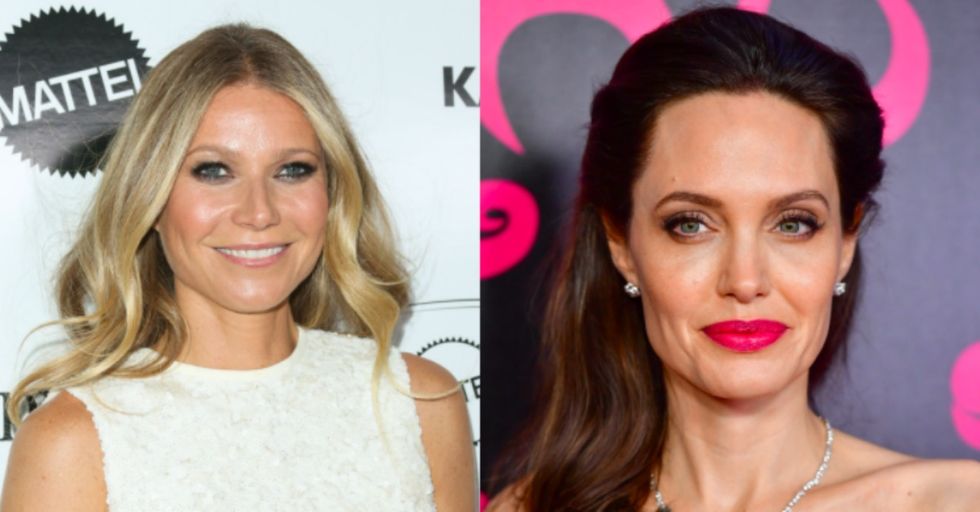 The New York Times report detailing decades of sexual harassment allegations against movie producer and Hollywood legend Harvey Weinstein is proving to be just the tip of the iceberg.

The New Yorker just released their investigation of bombshell allegations against Harvey Weinstein including three accusations of rape by three different women.

Shortly after, Gwyneth Paltrow, Angelina Jolie, Rosanna Arquette, and several other actresses came forward with their own stories of Harvey Weinstein's sexual assault in a new interview with The New York Times.

Many women assaulted by Harvey Weinstein didn't come forward for years because they were afraid of what he might do.

He was an extremely powerful producer and, according to the reports, implied on more than one occasion that he could and would destroy the careers of any woman who dared to out him for his awful behavior. But now, the New York Times report blew the lid off this decades-long "open secret" in Hollywood, and thanks to the brave women who took the first step forward, actresses we know and love are starting to feel comfortable enough to come forward with their own awful experiences with Harvey Weinstein.

Gwyneth Paltrow was cast by Harvey Weinstein in Emma when she was 22 years old.

According to the New York Times interview with Paltrow, "Before shooting began, [Weinstein] summoned her to his suite at the Peninsula Beverly Hills hotel for a work meeting that began uneventfully. "It ended with Mr. Weinstein placing his hands on her and suggesting they head to the bedroom for massages." "I was a kid, I was signed up, I was petrified," Paltrow said. When she refused Weinstein's advances and told her then-boyfriend Brad Pitt, Pitt confronted Weinstein and told him never to touch her again. This was confirmed by a representative for Pitt. Later, Weinstein called Paltrow and "berated her for discussing the episode." "I was expected to keep the secret," Paltrow said.

Angelina Jolie told the Times that during the release of Playing by Heart in the late '90s, she rejected multiple unwanted advances from Harvey Weinstein.

"I had a bad experience with Harvey Weinstein in my youth, and as a result, chose never to work with him again and warn others when they did," Jolie said in an email to the Times. "This behavior towards women in any field, any country is unacceptable." This heartbreaking article interviews seven women who have been abused or harassed by Harvey Weinstein, including Rosanna Arquette and French actress Judith Godrèche.

Listen to the recently released horrifying audio clip of Weinstein admitting to assaulting model Ambra Gutierrez for yourself, here.

This isn't over yet, and all we can do is thank the women who've come forward and have made it a safer space for other women to do the same.