At the hearing, each woman will come forward with their statement regarding Nassar's horrible abuse. | 22 Words 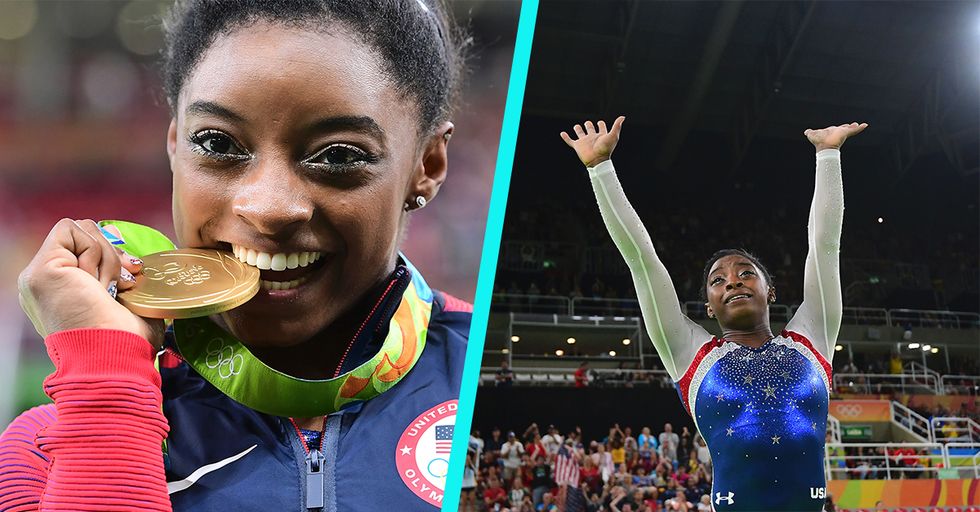 On Monday, January 15th, Olympic gold winner Simone Biles added her name to the list of gymnasts that were molested by doctor Larry Nassar. Biles posted a letter on her social media accounts, coming forward about being abused by Nassar. Over 100 victims have come forward regarding Nassar, who faces a weeklong sentencing hearing.

"I too am one of the many survivors that was sexually abused by Larry Nassar," Biles wrote, hashtagging "#metoo" in her Twitter post.

Biles' post is similar to the ones posted by other members of the "Fierce Five" from the 2012 Olympics.

Gabby Douglas, Aly Raisman, and McKayla Maroney have all disclosed information regarding Nassar. They will not be attending Nassar's hearing.

At the hearing, each woman will come forward with their statement regarding Nassar's horrible abuse.

.@USAGym STOP VICTIM SHAMING. Your statements are hurtful. If you did not believe that I & others were abused than… https://t.co/BPRAdzwBU7
— Alexandra Raisman (@Alexandra Raisman)1515599371.0

According to NBC news, the statements will detail how Nassar "violated them with ungloved hands, using his reputation and invasive 'treatments' to mask serial sexual assaults." The first woman to come forward was Rachael Denhollander. She accused Nassar in the summer of 2016.

"What people need to understand is these aren't just anonymous people," Denhollander said.

I will not be attending the sentencing because it is too traumatic for me. My impact letter will be read in court i… https://t.co/RXwKWhnBXS
— Alexandra Raisman (@Alexandra Raisman)1516050686.0

"These were real little girls, some of them as young as 6 years old," she said in a statement. "These were real young women who are suffering devastating consequences now and this could have been avoided."

Biles, like many of the victims, are not just addressing Nassar, but also USA Gymnastics.

The organization made him an Olympic doctor and has come under fire for their statements and "victim shaming." They allegedly tried to silence victims, and enabled Nassar.

Nassar pled guilty to charges of sexually assaulting seven girls, however, all of his accusers are going to be allowed to speak.

"I hope I can look him in the eye," Jeanette Antolin said. She's a former national team member who was abused between 1997 and 2000. "I don't want him to feel like he has any more power over me, so I'm going to stay as strong as possible."

Since Biles has posted her statement, tons of support has been sent her way for her bravery and strength.

@Simone_Biles I am so sorry this happened to you, and enraged that USA gymnastics failed to protect you and other y… https://t.co/wmlFRKUwaR
— Molly Knight (@Molly Knight)1516053129.0

And a lot of people aren't happy with how USA Gymnastics and Michigan State (where Nassar was employed) has been handling everything. As Denhollander puts it, "Had MSU handled those reports of sexual assault properly in 1997 we wouldn't have have 93 victims coming forward to speak."

"For too long I have asked myself, 'Was I too naive? Was it my fault?' I now know the answers to those questions. No. No, it was not my fault," Biles wrote.

"No, I will not and should not carry the guilt that belongs to Larry Nassar, USAG, and others." According to reports made from gymnasts like Raisman and Maroney, USA Gymnastics tried to keep the girls quiet after they came forward about their experience with Nassar.

The president of USA Gymnastics was fired last year due to the way the Nassar allegations were handled.

"Every time something like this happens the question is what can we do better, how can we prevent it?" Denhollander asked.

"And we have one of the best examples here of what we could have done better and how it could have been prevented here," she continued. "And if we don't learn from this example, the cycle will just continue." Here's to breaking the cycle and continuing to fight for the voices to be heard.