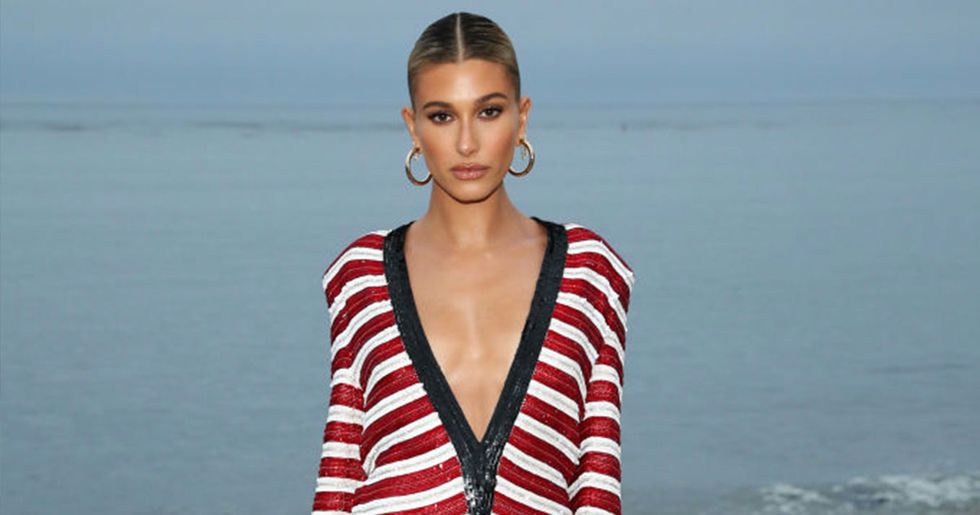 Ever since they got married in September 2018, Justin and Hailey have been very quiet about it. All we knew was they had tied the knot during a private ceremony after just 3 months of dating and later got matching tattoos. Justin even gave it a spot on his face as a symbol of commitment.

And now, more than a year after their first wedding, the pair chose to celebrate their marriage for a second time and tied the knot once more in a religious ceremony in South Carolina in front of a star-studded ensemble of guests.

On their week anniversary, Hailey has treated fans to exclusive snaps of her breathtaking dress, taking to Instagram to show off the breathtaking gown.

Keep scrolling to learn more about why the couple got hitched for the second time and of course, to get a glimpse of the bride's stunning wedding dress.

Leaked images of the ceremony blew up online.

Hailey wore an understated off the shoulder dress and heels, while Justin looked uncharacteristically dapper in a simple white polo and black pants. But of course, this week we found out that wasn't her wedding dress.

Shortly after the news surfaced that they'd tied the knot, the pics just kept rolling in!

A week on, and it seems like Hailey Bieber has marked the occasion by sharing snaps of her wedding gown with fans.

The star took to Instagram yesterday to share a collection of stunning black and white photographs from the day, including an all-important look at her wedding dress.

Her dress was designed by Off White's Virgil Abloh.

Abloh, who is also the menswear artistic director for Louis Vuitton, founded the popular fashion house in 2012 and is known for his contemporary designs.

He revealed that he gave an immediate “yes" after being asked to design the gown and that the ensemble was created in his studio in Milan, Italy.

And the result is utterly breathtaking...

“You and your [Off-White] team are incredible and I’m forever grateful I got to wear your beautiful creation," Hailey wrote on Instagram.

Fellow fashion fanatics have been praising the dress.

"What a vow, what a veil!" said fashion designer, Marc Jacobs, while celebrity stylist, Karla Welch, wrote: “Was perfect."

This time, we got a full-color glimpse at both their ensembles.

Justin wore a custom Celine tux for the wedding.

"My bride (say it out loud even if your a thug it’s cute)," the singer wrote.

And they both got kitted out in Tiffany jewelry.

Her beau sported the more paired-back Tiffany Classic 18-carat gold wedding band ring, which is worth $950.