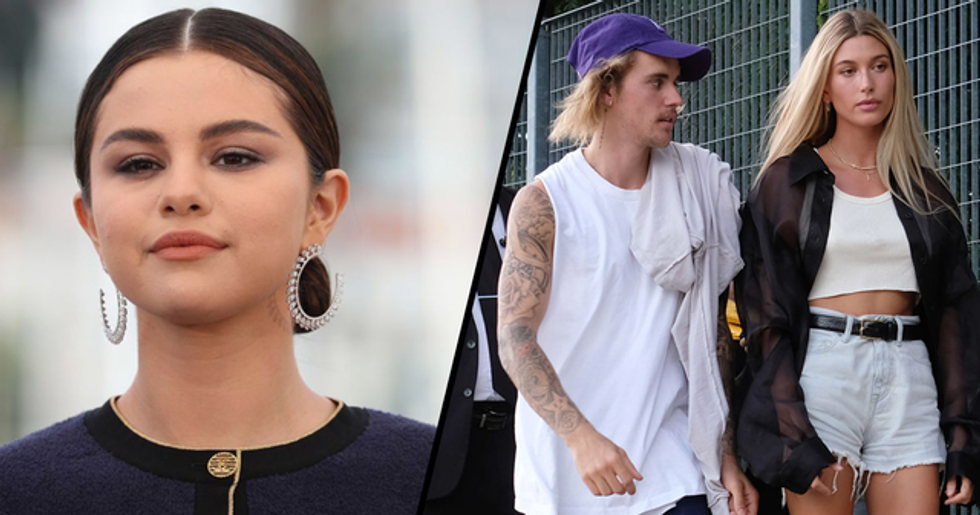 The drama between Selena Gomez, Hailey and Justin Bieber continues! Just weeks after Hailey and Justin (re)married in South Carolina, Selena released what's sure to be her final song about ex-flame Justin, "Lose You To Love Me." The song is a real tear-jerker and shows Gomez's growth and strength after Justin left her and married Hailey weeks later. Feeling exhausted yet? Us too.

But now, Hailey has responded to Gomez's new song release on Instagram - and not in the best way. Posting a screenshot of a song she was currently loving, she appeared to try to threaten Gomez to back off her new hubby. And let's just say the public isn't best pleased.

Notice anything about that date? Well, just five months before, Justin was still embroiled in his old Selena drama. In anyone's book, he moved on pretty quick.

Gomez has kept a composed silence on the topic.

But this week, she dropped her brand new single - and let's just say fans have been reading into the lyrics.

You may be thinking, what does Hailey make of all this?

Having your hubby slated as a trash boyfriend, for all the world to see can't be a pleasant experience, after all.

HAILEY MARRIED THIS GUY TWO MONTHS AFTER HE TOOK SELENA TO HIS DAD’S WEDDING AND NOW SHE IS PRESSED THAT SELENA REL… https://t.co/jZpJZKzaIk
— 𝒿𝒶𝑔𝑜𝒹𝒶 (@𝒿𝒶𝑔𝑜𝒹𝒶)1571805308.0

This looks much worse on Hailey than Selena - in fact, Selena looks way better in this interaction.

We're still waiting to see if Selena responds to this message.

Although we absolutely doubt it, based on how composed she's been about the situation thus far.

And if you're wondering how Justin has reacted to the drama ...

Well, he's posted a nice picture of a leopard - although the comments on it are all about "Lose You to Love Me."

It's clear the internet is hoping not. Looking for more controversy surrounding the Bieber wedding? Scroll on to see why Kylie Jenner's look caused a ruckus online.