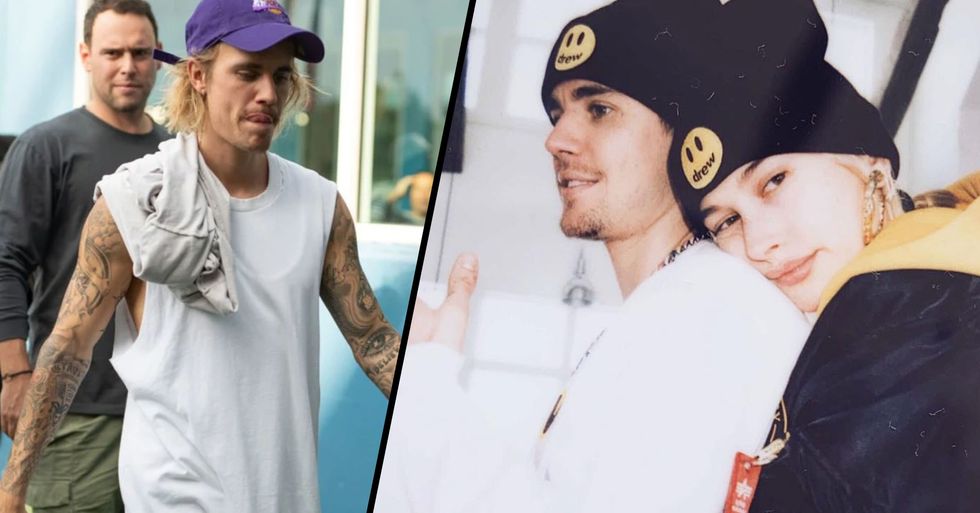 But many have noticed how unwell the singer had looked recently, and now he has revealed the reason why. But the reaction from fans has led his wife, Hailey Bieber, to speak out about it...

Keep scrolling to see what she had to say about his diagnosis.

Recently, however, fans have noticed some worrying changes.

Many noted how unwell the singer has been looking recently.

In fact, many even speculated he had a drug problem.

His change in appearance led some people to believe he may have been using hard drugs after pictures surfaced of him looking ill with blotchy skin.

So it's understandable that fans may have jumped to this conclusion. Read more about his drug use at the end.

But this week, the singer took to Instagram to put the rumors to rest.

Fans have had some strong reactions, to say the last.

People flocked to social media to react to his shocking diagnosis. Keep scrolling for all the details on his diagnosis.

Some pointed out how they had previously been concerned for his health.

His sickly appearance had clearly worried fans. Now, we finally have an explanation...

But some fans were completely devastated by the news.

Some shared their own experiences.

Fans were offering their own words of encouragement for the star.

Many fans have been spurring the singer on.

And of course, several tweeted Hailey Bieber following the news.

We're sure she'll be right by her beau's side.

It's safe to say that his fanbase are right behind him.

Keep scrolling for what the star had to say about his health.

Keep scrolling to learn more about his diagnosis.

As well as being diagnosed with Lyme, Bieber revealed yet another shocking detail about his health...

But not all the reactions have been positive.

Many people have downplayed the singer's illness or even accused him of flat-out lying.

So, his wife, Hailey Bieber, has weighed in...

The supermodel took to Twitter to defend her beau.

Hailey urged trolls to do their research before commenting.

She also thanked fellow supermodels, Gigi and Bella Hadid, along with their mom, Yolanda, for helping educate her.

Yolanda is a fellow sufferer of the illness.

Turns out many of our favorite A-listers also have Lyme.

Hailey also took the time to thank singer, Avril Lavigne, for her "all the work" she does to educate people on Lyme.

Her beau has reassured fans he's getting the right treatment.

Bieber recently revealed that his rise to fame caused him to feel "suicidal." Keep scrolling to learn more about what the star honestly and openly admitted about his stardom. It's really shocking...