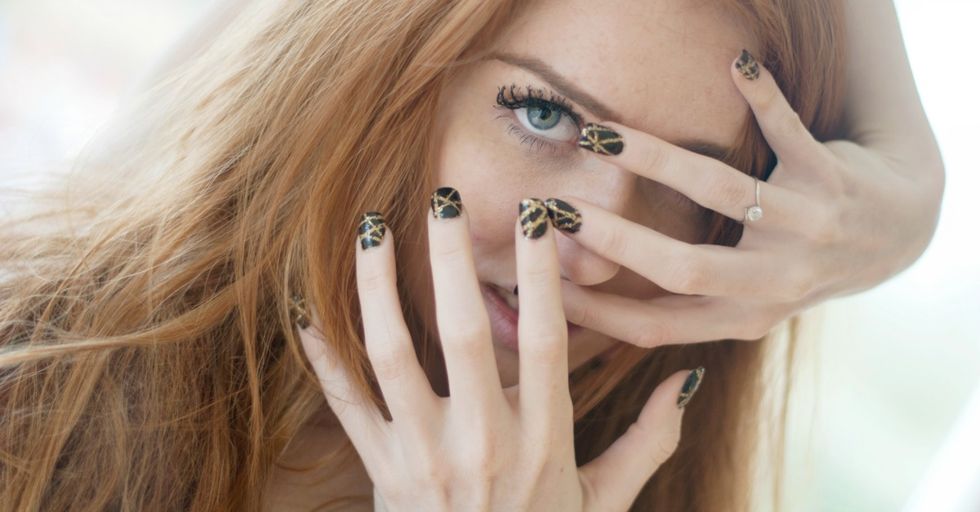 Hair Nails Are Here and They Will Give You Nightmares

So far in 2017, the standout beauty trends have all had one major thing in common: they're all really, really weird. So weird, in fact, that they could all be worn by characters in a Tim Burton movie and fit right in.

A new unsettling trend seems to surface every week, and so far they've all been bizarre, but at least mildly attractive-looking. Until now. This one might actually give you nightmares.

Back in the beginning of September, the Internet was gifted with a disturbing new trend: Squiggle Lips.

Okay, so maybe these are not even mildly attractive. But they're at least kind of cool.

Squiggle Brows were also big for about ten minutes, with all of the Internet trying to achieve the otherworldly look.

Turns out, the best method for perfectly squiggled brows is Photoshop.

But now, the trend that we should have expected but should never attempt: Hair Nails.

"Many people" were right. These photos need to be deleted and all evidence burned.

I think that facial expression says it all.

Those tiny eyes...they follow me everywhere I go. They are truly terrifying.

And where does the hair actually come from?

Is it doll hair? Or did she actually cut off some of her own hair for this monstrosity? Why would someone want to put a wig on their fingers? We have so many questions. And we aren't the only ones reacting to these very odd nails...

This user brings up a valid point.

Working with power tools would also be out of the question.

I must admit, the attention to detail is fairly impressive.

Based on the amount of skill required, we think it's safe to say that this trend isn't likely to catch on.

We can only hope, at least. There's just something so wrong about hairy nails.

This user seems to be struggling with some confusing emotions.

The best thing to do in this situation is to lie down in a darkened room with a cool compress on your head.

We'd like to know the answer to this one as well.

Yet another step to add to my beauty routine?! When does it end?! Not here.

Okay, this is slightly better.

You'd have to make sure the shine on their heads was just right, though. That could get tricky.

Or, it's a good way to end up with some really bizarre friends...

...friends you're probably better off without.