Hate These Haircuts So Much, But I Also Cannot Look Away | 22 Words 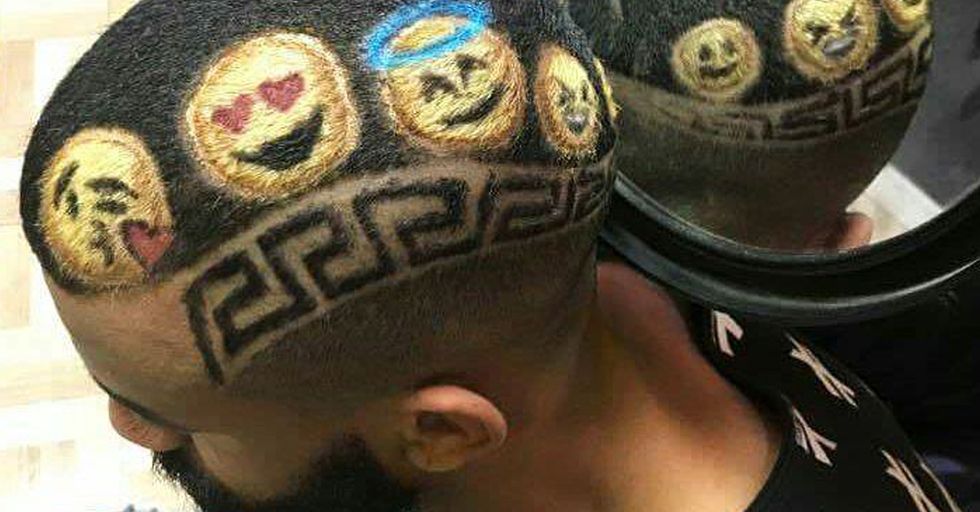 Hate These Haircuts So Much, But I Also Cannot Look Away

Looking for inspiration for your next haircut? Well, you may want to keep looking. The ones featured here are not the typical ones people tend to request from their hairstylist. They're definitely something else.

Although I'm not really sure what that "something else" is. On the one hand, they're bizarre in a not-very-good kind of way. I certainly wouldn't try to pull them off on my own head. But on the other hand, they're actually pretty downright impressive, and you can't deny that they took some serious next-level skills to achieve.

I guess if you're trying to impress people (or maybe just horrify them), these actually might be the styles you're looking for, after all! Or you can just scroll through them and shake your head in shock. That's what I did!

Hands on your head.

People are always talking about how they wished they had an extra hand or two. But no one is asking for those extra hands to be on their head. Why is that?

No idea why someone would want this. But I'm not going to deny that I am impressed by the execution.

Hey, I didn't say all the hairstyles on the list were on heads! Are you looking for a way to make your chest hair more festive? Probably not! But if you were, this is one way you could do that.

It's a beard! It's a mustache!

It's both? I don't get it. But once again, I acknowledge that it took skill.

I guess if you want to liken your head to a basketball — something filled with air — this is a good way to do it. But you also have to wear that shirt every single day now.

You've heard people say they have eyes on the back of their head. Not many claim to also have eyebrows and a mustache!

If I saw this in real life, there is zero percent chance I would think it was a haircut. So, good job, I guess?

I feel like Ms. Frizzle would totally approve of this look. I, however, do not.

What is going on here?

This looks like it took so much skill and probably hours of work. Was it worth it? I'm just not sure.

This could have been way worse. At least there aren't any eggplant emojis in the mix.

A lot of people really like The Shining. Nobody likes it as much as this person, though.

Imagine being the guy who's just walking around with a NOSE on the top of his head. Do you think he explains to everyone that his haircut is part of a set?

He must really love tennis.

You might be brave, but you'll never be as brave as the man who went to a tennis competition while looking exactly like a tennis ball. He could have been seriously hurt!

OK. This one is too much. It is literally giving me goosebumps. In a bad way. Next!

I would absolutely not wear my hair like this ever in my life. But I kind of wish I could.

Eh, I've seen worse. On this very list, in fact.

I love my pets! But I do not love them enough to have the same hairstyle. You've gotta draw the line somewhere.

Well, we found him! The da Vinci of barbers.

What do you want me to say about this one? This person wanted a pineapple and they got a pineapple. Good for them!

This one is so money.

Oh, good. Another zipper one. Guys, I seriously cannot even look at this with both of my eyes at the same time.

He looks so proud!

I would say something a little snarky, but that pup looks so happy with his haircut. You keep living your best life, pup!

Do you think there's a water bottle in mid-flip on the other side? There has to be, right?

This one looks so cold.

I assume he brought in a picture of Martin Short as Jack Frost in The Santa Clause 3: The Escape Clause as his inspiration for this look.

If you really love soccer...

...Prove it. I'm not sure how this is achieved, but it's obviously possible!

Remind you of anything?

We all liked The Rainbow Fish when we were kids, right? But none of us liked it as much as this guy apparently did.

"Sir, can you please remove your hat?" "I literally cannot." Share this with someone who could use a laugh today!