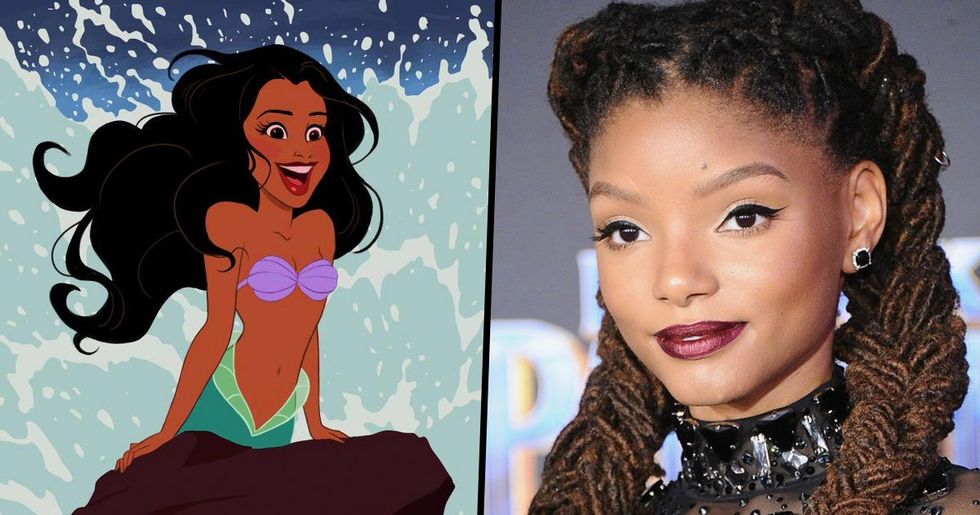 The last few years have been massive for Disney's live-action remakes. Just this year, we've seen live-action versions of Dumbo and Aladdin hitting screens, as well as the upcoming The Lion King, heading to the box office this month. But, it seems like the Hollywood studio is showing no signs of slowing down, with plans for a live-action remake of Mulan in the works and, of course, a live-action The Little Mermaid.

The cast for the movie is set to be pretty star-studded (more on that later) with some very well known faces in the pipe line, but, the question on everyone's mind is who's taking on the role of the mermaid herself?

Well, Disney has announced that the leading star in the remake will be teenage singer, Halle Bailey, and it seems like fans are very excited - with many praising Disney for the move.

Stay tuned, because we've got all the details, including Halle Bailey's reaction, which was perfect, by the way.

But now it seems like Halle has had the biggest acting break of her career.

Disney made it official today.

But, we have still have a little while to wait to get to see the real version.

It's no wonder that Bailey is so excited!

Her message in response to being cast as Ariel was very short and sweet, but we think that it's perfect. We're so happy for Halle!

In the meantime, it seems like Disney has a lot of other exciting projects up their sleeve...

The Little Mermaid isn't the only thing to be getting excited about, as the Hollywood studio's movie calendar for the next decade is looking pretty full, with sixty movies in the works up until 2027. So, while we eagerly await the release of The Little Mermaid, take a look at what else is in store for us from the studio giant. We have to say, some of them look very cool...