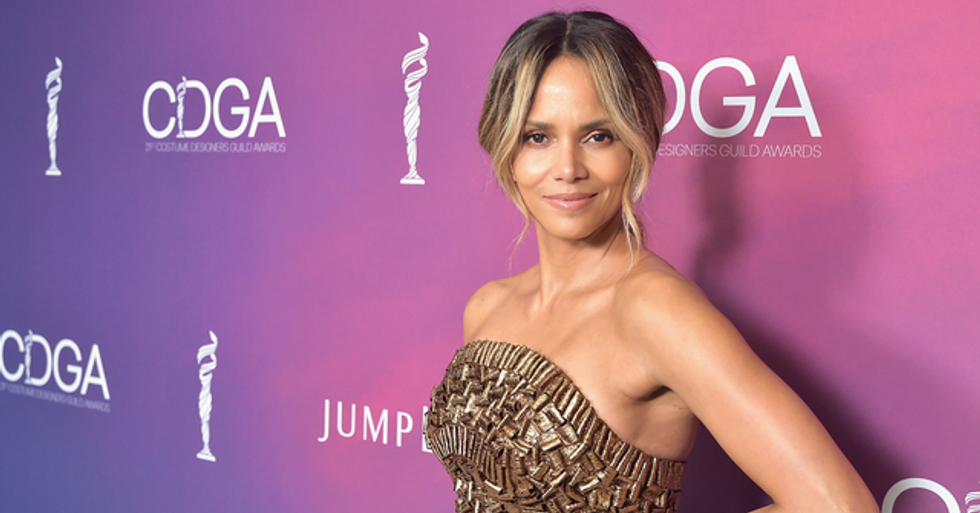 Halle Berry is known for many things - but her amazing physique is surely one of them. And now she's proven she's as hot as ever after her most recent birthday.

Fans are seriously surprised at how old she is!

Halle Berry has had a long and illustrious career.

Berry was born in Cleveland, Ohio, and had a rather traumatic upbringing.

She's recalled in the past her father's abusiveness to her mother.

Berry has, in fact, been estranged from her father since the age of 4.

She began her career on the beauty pageant scene.

Winning Miss Ohio USA in 1986, then going on to be the first African-American Miss World entrant later that year.

Soon after, Berry embarked on modeling and acting.

Although when she first moved to New York to pursue her dreams, she spent her first 5 weeks sleeping in a homeless shelter.

Things did take off for the star, though.

Berry began getting recurring roles in a range of smaller daytime sitcoms and soaps, including Knots Landing.

After this, Berry embarked on her movie career.

Her first role was in Spike Lee's 1991 film, Jungle Fever.

Her career blossomed in the '90s.

But it was in the '00s where she's really become a certified superstar.

Berry was a star of many of the X-Men movies.

She was also the first (and currently only) Black actress to win the Best Actress Oscar, for 2001's Monster's Ball.

She's even been a Bond girl.

Alongside her incredible range...

Berry is known for being one of the most beautiful women on the planet.

And she's not afraid to show it off.

Often taking to social media to show her enviable face and bod ...

But the latest Instagram to get the world into a stir?

Well, it might be her hottest yet - and fans have had plenty to say.

Here's the birthday pic that got the whole internet talking!

And honestly, it's not hard to see why!

We simply cannot believe you are 54! Want another incredibly youthful looking celeb? Scroll on ...