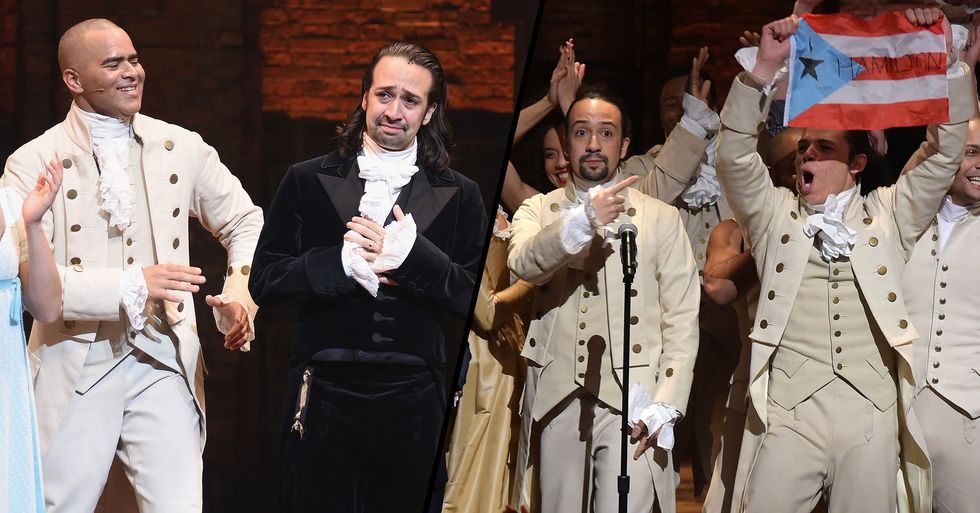 'Hamilton' Filmed on Broadway Is Coming to Disney+ This Summer

Lin-Manuel Miranda and Disney have a lockdown surprise for us this week, announcing that the highly anticipated Hamilton movie is coming to Disney + very soon.

This is the best news we've heard. Keep scrolling to find out all the details and when the movie will be hitting screens...

And, let's be honest, there's a huge slate of content to choose from...

Oh, and who can forget?

There's tons of Marvel movies to get our teeth into too!

But it seems that Disney have a surprise addition for us...

We were not expecting this.

A Hamilton movie is dropping a year earlier than expected...

The hit musical is heading to our screens very soon, skipping theaters to have its premiere on Disney +.

The flick is described as a "live-capture" recording of the original cast...

And was shot at the Richard Rodgers Theatre in New York City in June 2016.

The highly-anticipated movie was set to hit theaters on Oct 15, 2021.

Lin-Manuel Miranda, who created the smash-hit stage production, teased its release on a recent appearance on Live with Kelly and Ryan.

"We're putting the finishing touches on that, so we can all watch it together," he said at the time.

"It'll be sooner rather than later."

"In these times, to tell a story of people uniting together against forces of adversity I think is quite relevant and also quite important," Iger said.

The film will feature original performances by Miranda as the lead.

Fans are very excited, to say the least.

This is sure to cure all those lockdown-induced blues.

It's the perfect opportunity for those who never managed to watch the show on broadway.

"This made my whole week! I am so excited...Thank You."

So, when will the movie be arriving on Disney +?

Mark your calendars... Hamilton will be heading to our screens on July 3. Disney have recently been mocked for a huge CGI error in one of their movies. Keep scrolling for the story...