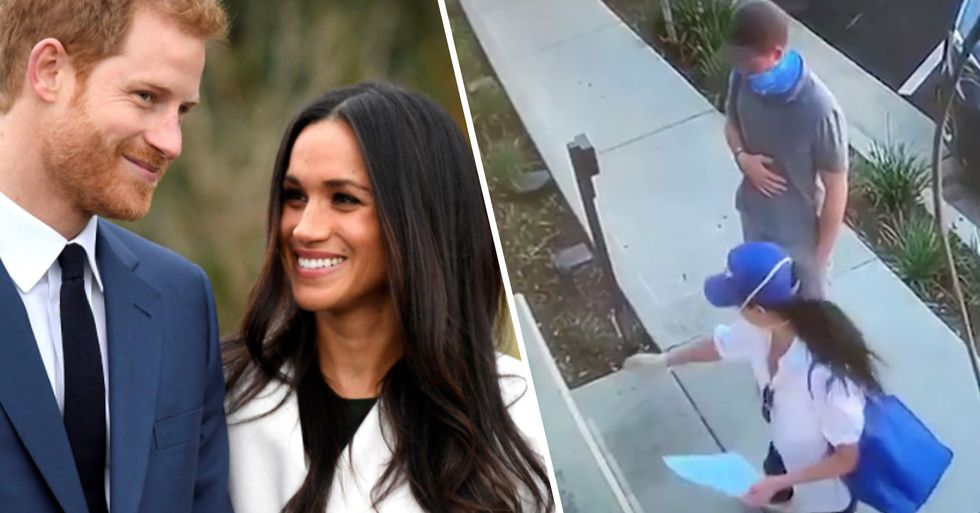 Prince Harry and his wife, Meghan Markle, have been spotted out in LA quietly delivering food to those who are unwell, vulnerable, and most at risk during this pandemic.

The footage is absolutely heartwarming...

Meghan and Harry have finally made the big move back to the States.

The pair are currently residing in LA after a turbulent few years in the United Kingdom, and are reportedly spending their quarantine time giving a little back for those less fortunate than them. But first, let's start from the beginning...

Many argue that Meghan Markle has revolutionized the royal family.

Since their highly-publicized wedding, Meghan has taken part in many royal tours and visits all around the world.

Making it across the border mere hours before it closed, Meghan and Harry are reportedly riding out the pandemic in a secluded compound in Malibu.

And it is doing them the world of good.

Because it turns out that Meghan struggled a lot more than we realized.

Meghan is reportedly happy to be away from the vicious reporters back in the U.K.

And, on top of this, they have been doing good in their local community.

The couple have recently been spotted out on the streets of LA helping those less fortunate than them.

During this crisis, Meghan and Harry have decided to dedicate their spare time to feeding sick and vulnerable people.

TMZ captured footage of the couple who, wearing caps, gloves, and face masks, were quietly and discreetly dishing out the ready meals.

They had reportedly teamed up with Project Angel Food, an L.A. nonprofit that prepares and delivers medically tailored food to people suffering from chronic illnesses.

And TMZ reports that the couple made a large delivery to a low-income housing unit for disabled and special needs residents, and the made a few stops inside the building.

What an amazing gesture.

For more on how the couple are coping with the pandemic, keep scrolling to hear Prince Harry's devastating news...