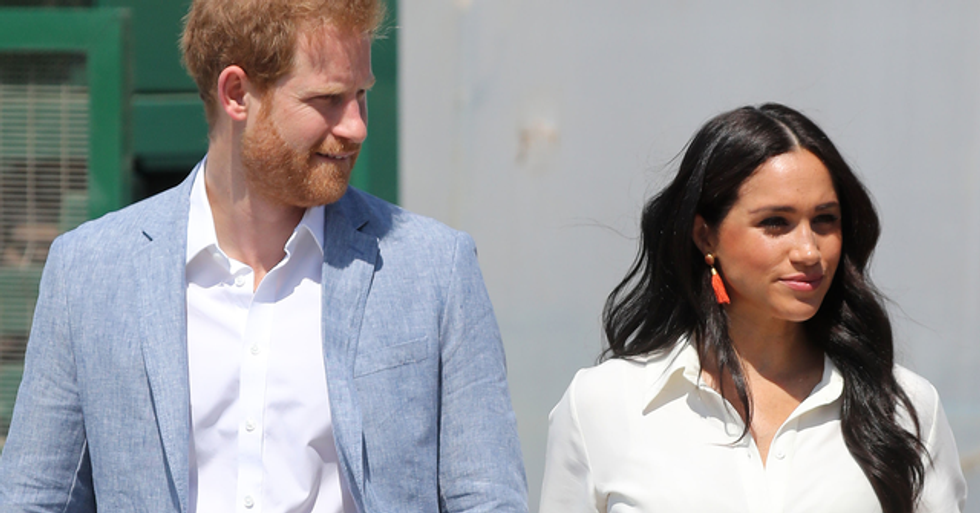 Harry and Meghan are no strangers to being the center of public and media attention, and the past few months have seen a whole host of ups and downs for the couple.

Now, the most recent update from Harry and Meghan has emerged, and it has truly broken the public's heart.

Though she was already pretty well known for her role as Rachel Zane in Suits, the California-born actress was thrown into unprecedented levels of fame.

She was also relentlessly attacked by the press...

And it obviously ruffled a couple of feathers in Buckingham Palace.

But what about his relationship with his brother?

It's been no secret that Harry's departure from senior royal life has made a serious impact on his relationship with his older brother, Prince William.

Rumors of their declining relationship have been rife...

And the tension between the pair has been quite evident in their public outings together.

And, at the Commonwealth Day Service earlier in the month...

You could just feel the frosty atmosphere between the brothers, as William appeared to full-on snub Harry and Meghan as they arrived.

The Cambridges and the Sussexes are clearly going through some family drama...

And, according to inside sources, their relationship won't be fixed anytime soon.

New reports have emerged regarding their on-going feud...

And have revealed that, despite wanting to put things behind them, Harry is finding it impossible to do so.

Harry feels that there is currently too much hostility to even attempt fixing things with his brother.

A source told US Weekly: "Harry misses his brother and Kate, but there's too much mud under the bridge at this point for any meaningful communication."

So we may be waiting a little longer for the brothers to make amends.

Going by the source's information, Harry clearly feels that William is holding onto too much resentment for them to have a meaningful and productive conversation. Whether it be about his marriage to Meghan, we may never know.

We can only hope that the brothers will one day heal their broken relationship.

It's what Diana would have wanted. For more on the royal family, keep scrolling to watch a newly surfaced video of Meghan Markle from a couple of years ago - It really does reveal the type of person she is...