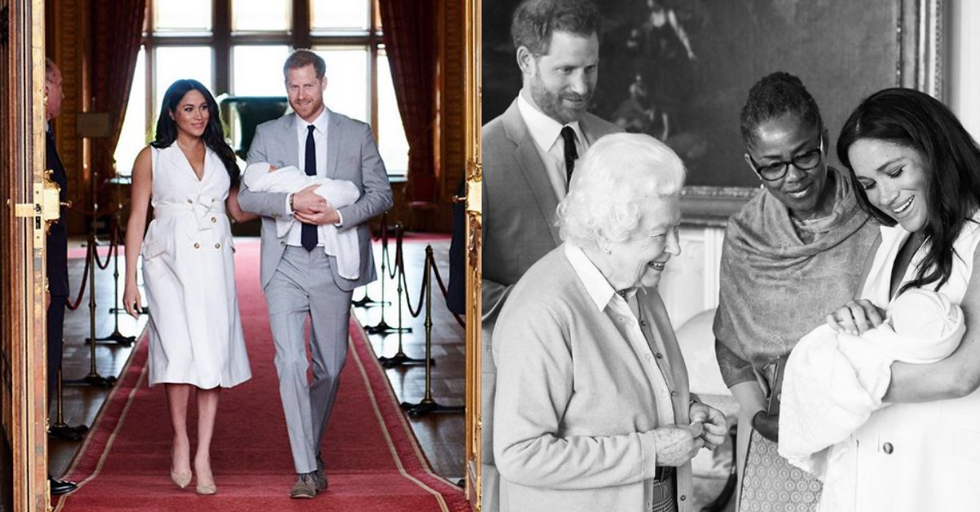 Harry and Meghan’s Royal Baby Finally Has a Name

The adorable couple met in 2016 through mutual friends and married in May 2018, while the whole world watched. And the wedding certainly didn't disappoint with millions of viewers absolutely enthralled by the spectacle. As you may expect, much of the royal pregnancy has been kept under wraps, but through some careful detective work, we've pieced together the timeline which has led to this gorgeous baby's birth.

Want to know how Harry and Meghan got to this point? We've got their full iconic love story right here. All that's left now is to say a huge congratulations to the new parents!

Keep reading to find out what name Harry and Meghan chose and to see their gorgeous new portraits as a family.

Many drew attention to the fact that Meghan and Harry were paired up by friends on a blind date. This seems pretty relatable, until you remember that he's a literal prince.

Even for the royal-sceptics and non-romantics amongst us, it was hard to not be at least a little moved by the love story.

British newspaper, The Sun, quoted a source, saying "Like all mums, Doria wants to be there for her daughter at this seismic event in her life." Too cute!

And on May 6th, Meghan gave birth!

Buckingham Palace announced the Duchess of Sussex has given birth to a baby son weighing 7lbs 3oz. The child and the mother are both doing well. That statement added: "The Queen, the Duke of Edinburgh, the Prince of Wales, the Duchess of Cornwall, the Duke and Duchess of Cambridge, Lady Jane Fellowes, Lady Sarah McCorquodale and Earl Spencer have been informed and are delighted with the news. "The duchess's mother, Doria Ragland, who is overjoyed by the arrival of her first grandchild, is with their Royal Highnesses at Frogmore Cottage."

As of today, May 8th, the Royal baby finally has a name...

And here are Harry and Meghan stepping out with their sweet bundle of joy for the first time.

They look so happy and Meghan looks absolutely gorgeous. We also love that Harry is the one carrying baby Archie!

Congratulations to the entire Royal Family!