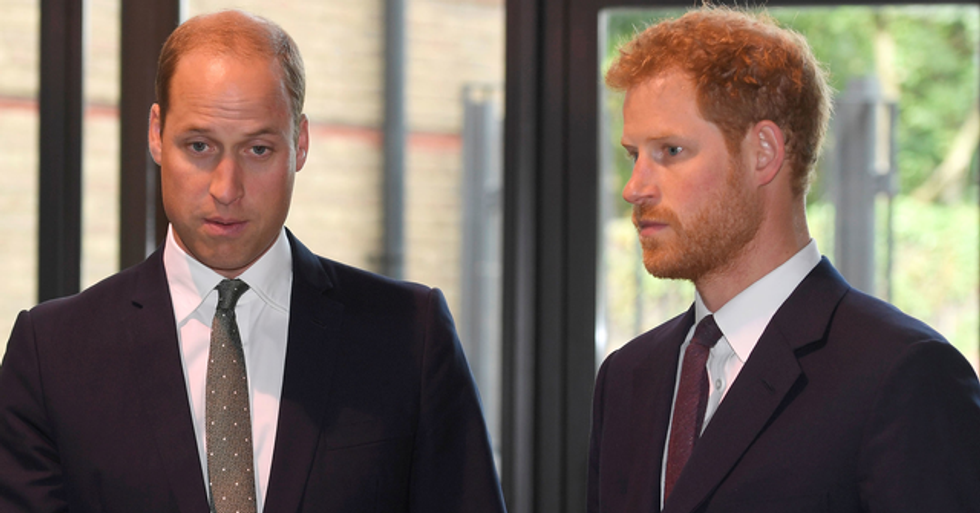 The last year has been a complete whirlwind for Prince Harry and Meghan Markle.

Ever since Meghan joined the royal family, she has been the victim of the vicious media and the couple has been driven to resign from senior royal duties.

It has been a chaotic few months, and now, further news has emerged of a painful encounter between the royal couple and Prince William and Kate Middleton...

They're the most famous family in the world ...

So, like in any family, there are bound to be some feuds, right?

With a whole bunch of big personalities ...

Sometimes, a clash is inevitable.

But the latest to hit headlines?

Well, it sounds pretty awkward - to say the least!

And a rather famous photo where all looks rosy.

But, behind the scenes?

Well, apparently disagreements between Harry, Wills, Meghan, and Kate caused the whole thing to be a nightmare.

And, obviously, their decision certainly shook things up. "We look forward to sharing the full details of this exciting next step in due course, as we continue to collaborate with Her Majesty The Queen, The Prince of Wales, The Duke of Cambridge and all relevant parties."

Others praised the royal couple for the move...

Apparently, the pair didn't tell anyone about the news, instead opting to break it through Instagram...

But it seems that the Queen may have had a bigger part to play in the controversial decision...

But what people seem to be forgetting...

Is that at the end of the day, Harry and Meghan are still family.

And especially for Harry...

The Royal Family is his own flesh and blood, and they should be respecting his decision to put his wife and son first.

But this doesn't seem to be the case...

As some older footage shows.

The service was held in Westminster Abbey and, of course, Prince William and Kate Middleton were in attendance.

This is the first time the royal couples have been reunited since Harry and Meghan announced their leave 2 months ago...

And we must say, that is an awfully long time for the once close brothers to be apart.

But when they were reunited in the pews of the Abbey...

Many fans noticed how frosty the exchange came across between the couples.

Meghan eagerly smiles and waves to William and Kate...

But she seems to get absolutely nothing back.

William and Kate seem to completely blank their in-laws...

And this certainly didn't go unnoticed.

Journalist Piers Morgan pointed out how the brothers didn't even shake hands...

Not even a handshake between the brothers. Extraordinary. Diana would have hated this feud. https://t.co/wLTekVbanL
— Piers Morgan (@Piers Morgan)1583789163.0

And how Diana would have hated this feud.

Many felt that this was extremely childish of the future King and Queen to behave in this way...

I can't get over William and Kate blatantly ignoring Meghan eagerly waving to them at Commonwealth Day. She was inc… https://t.co/3tB1t2j1IK
— Jessica Schiffer (@Jessica Schiffer)1583774191.0

Especially with Harry and Meghan blatantly making an effort to greet their family.

Many fans feel that as long as Meghan is in the picture...

But since Harry insists on publically showing his love and desire for Meghan, he needs to go too. If he starts ig… https://t.co/g6acOpWIvs
— Veronica McDonald🗣 (@Veronica McDonald🗣)1570216510.0

Harry will be gradually phased out of the royal family.

Harry and Meghan's appearance at the event truly shows their new role in the family...

And that is completely non-existent.

And now another tale of family drama has emerged.

Which doesn't paint anyone in a great light...

It all centered around a birthday party.

The family was gathered for a photo op.

And on camera, it looked all smiles.

But there was reportedly trouble behind the scenes, as new book Finding Freedom explains.

"The boys can be hot and cold with their father."

"Neither William nor Harry made much of an effort to make themselves available."

The whole thing was reportedly an "absolute nightmare."

Yikes. Want more royal drama? Scroll on for the recent revelations about Meghan and Harry's new mansion. Fans have noticed something very disturbing...