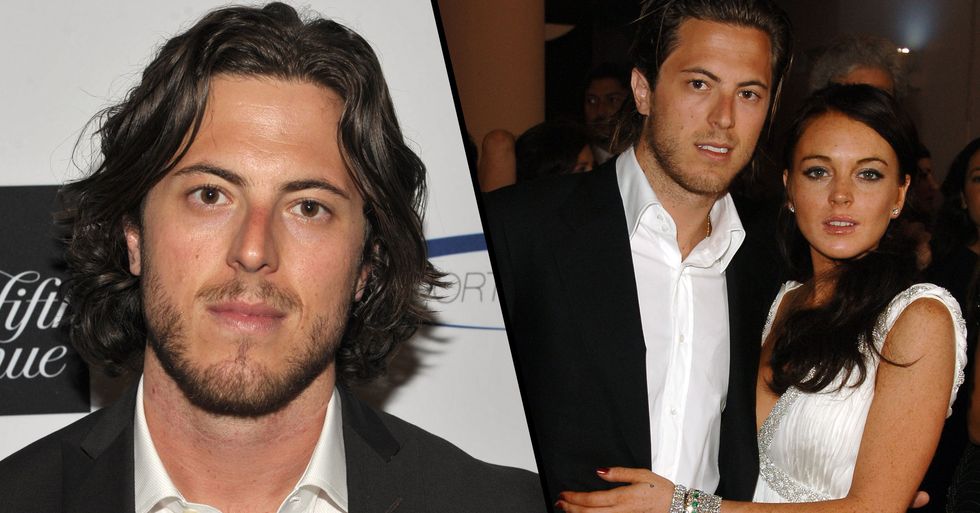 Harry Morton, who was best known for being the ex-boyfriend of Lindsay Lohan, tragically passed away at the age of thirty-eight in November of last year.

It has been several months since his death, but the cause has now finally been confirmed, and it is not what people expected.

Lindsay Lohan hasn't exactly had the easiest of times during her fame and fortune...

Since she rose to fame back in 2003 for her roles in Freaky Friday and Mean Girls, the thirty-three-year-old actress has had her fair share of stints involving legal troubles and rehab.

She was plunged into a media frenzy...

Her troubles with her finances and addictions became a world-wide news report, and similarly to Britney Spears, Lindsay's break-down was publicized heavily.

She had a very open struggle with alcohol and drug use...

These struggles sent her to 5 different rehab facilities for a total of 250 days since January 2007, and she has also served at least 6 months of jail time due to drink driving.

But despite these struggles...

Lindsay has continuously worked her way through them and, right now, she's in a pretty good place.

But how was Morton connected to Lindsay?

It's clear that the pair separated on good terms...

As Lindsay posted a tribute to her ex on her Instagram account, simply captioning it, "Best Friends. Best Life."

Harry was also linked to many other Hollywood stars...

He frequently was associated with A-Listers...

Morton comes from a family of very famous business entrepreneurs, including his father, Peter Morton, who co-founded the Hard Rock Cafe empire back in 1971.

Harry Morton, who was the founder of the high-profile celebrity hangout, Pink Taco, was found unresponsive at his Beverly Hills home.

He was pronounced dead at the age of thirty-eight.

A spokesman for Pink Taco told TMZ, "We are saddened by the passing of Harry Morton, the founder and former owner of Pink Taco. Harry was a visionary and restaurateur ahead of his time, and his contributions, both professionally to our brand and personality to those he worked with, were numerous. Our thoughts and condolences are with his family and friends during this difficult time."

Lindsay's family sent in messages of tribute and support.

Lindsay's mother Dina commented, "So sorry my lil princess... he’s always with you, watching over you baby." Meanwhile, Lindsay’s dad Michael wrote "RIP", while her siblings Dakota and Aliana left heart and prayer emojis under the pictures.

And despite many rumors circulating around his cause of death, the real cause has finally been determined.

No drugs were found in Harry's system...

And the official cause of death has been declared as "natural."

Harry suffered from an irregular heartbeat...

And this was combined with blockages in several arteries in his heart, which is what believed is to have ultimately lead to his death.

And even though Harry had undergone a nose job a few weeks before his death...

Any complications such as meningitis, cerebral abscess, and endocarditis were all ruled out as causes.

This is truly heartbreaking news...

And our thoughts and condolences go out to Harry's family. Rest in Peace.