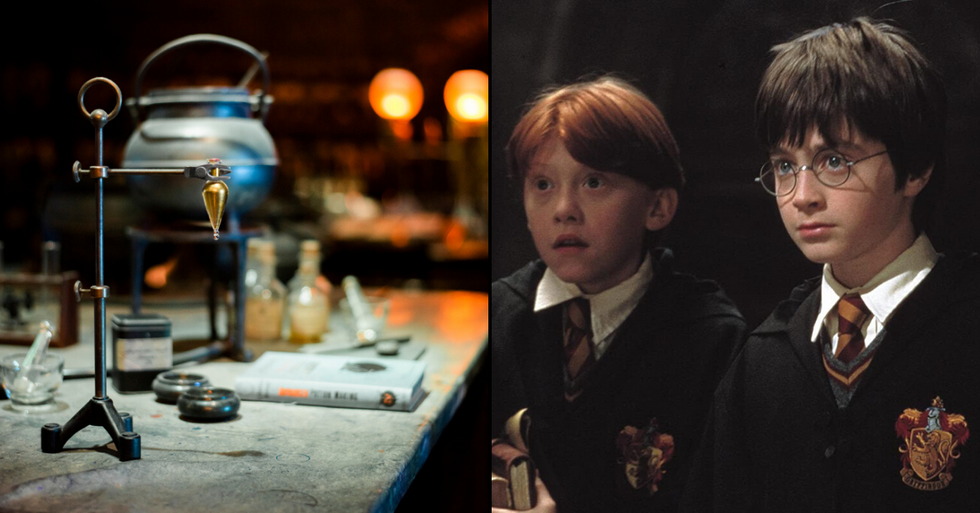 Ever wondered what it would be like to study at Hogwarts? Well, you're in luck...

Self-isolation is about to get a whole lot better for Harry Potter fans, as you can now take free online classes at Hogwarts.

Yep, really. Keep scrolling to find out which classes you can take and how to enroll at the magical school...

Sure, we've been treated to the odd reunion pic...

We also got the news that the biggest Harry Potter store in the world is set to open this year in New York City.

It'll be the largest store specifically dedicated to all things wizarding on the globe!

And it truly sounds amazing.

Sarah Roots, who is the Senior Vice President of Worldwide Tours and Retail, Warner Bros, said in the press release: "This will be the largest dedicated Harry Potter store in the world and will become a must-visit fan destination where Harry Potter enthusiasts can engage with interactive experiences and numerous photo opportunities as they step into the magic."

"We are very excited to be opening in New York. It’s the ideal city in which to launch with so many dedicated Wizarding World fans, a cutting-edge retail environment and a community that embraces innovative experiences."

It will be in the heart of NYC.

But the latest Potter-related news is possibly the best yet...

Ever wondered what it would be like to study at Hogwarts? Well, now you can...

A website has launched where you can enroll in online classes at the magical school.

The best part? It's totally free.

Run solely by a team of Potterheads, the site, titled "Hogwarts is Here," allows you to enroll in realistic online courses.

Classes include the infamous Defense Against the Dark Arts and Potions - along with a whole host of others about the history of the magic, O.W.L.S exams, and magical transportation.

You can even complete real assignments graded by the team’s Hogwarts professors.

It doesn't end there either... you can even earn house points while you study!

When you sign up, you get to choose your character or you can use your own name.

You can then join or even make a dorm based on your house where you can socialize with your own private group of classmates.

There are even options for those who don't want to be a student...

You can be a House ghost, auror or a magical creature expert, to name a few.

It's truly a dream world for Potter fanatics.

And a sure-fire way to bust that self-isolation boredom.

So, what are you waiting for?

You can head over to Hogwarts is Here to get started on your Hogwarts adventure. And if you want more Harry Potter related news, keep scrolling to find out why Emma Watson refers to herself as "self-partnered," instead of "single."