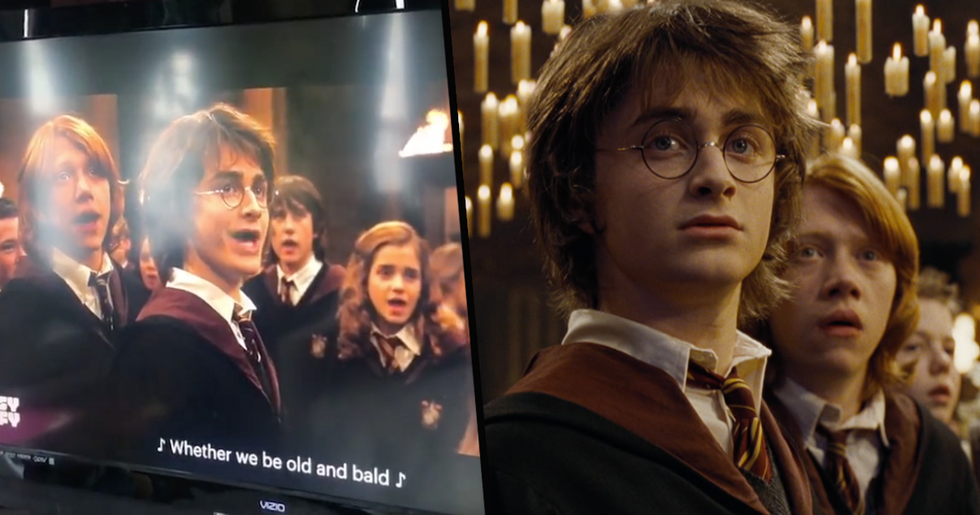 Harry Potter is a franchise beloved by many, so it's no surprise that amid the pandemic, several of us are re-watching the movies once again.

But when fans tuned into the Goblet of Fire, they were shocked as a new scene randomly appeared.

The whole of the internet is baffled. Keep scrolling to watch the clip for yourself...

But fans still enjoy binging their way through the movies.

We've even been treated to a reunion.

And it was recently announced that the world's biggest Harry Potter store would be opening...

And it's right here in the States!

Okay, so now we've established just how popular the magical franchise is...

It'll come as no suprise that during lockdown, people have been watching the smash-hit movies once again.

But when one fan tuned into The Goblet of Fire...

They noticed something strange.

The fan discovered what appears to be a new scene...

Even hardcore fans didn't recognize it. Keep scrolling to take a look...

The scene in question occurs inside the Great Hall as Hogwarts welcomes the 2 other wizarding schools...

Before the 3 schools sit down for the "welcoming feast" – the students of Hogwarts perform their offering.

What's the offering, you ask?

Well, apparently it’s their school song... "Hoggy Warty Hogwarts." During the scene, Dumbledore yells across the hall, "maestro please," and the students subsequently burst into song.

Probably not. Nobody who watched the clip seemed to know what was going on, leaving fans well and truly baffled.

Since being posted to TikTok, the video has been commented on by a ton of confused fans.

"I… am so confused????? I have seen these movies front to back since I was eight so many times and I’VE NEVER SEEN THIS."

Although, there is an explanation...

Apparently, the tune is part of the books but didn’t make the final cut for the movies.

You can watch the scene below:

Do you recognize it? Want more Harry Potter-related news? Scroll on to find out why Emma Watson identifies as "self-partnered" rather than single...