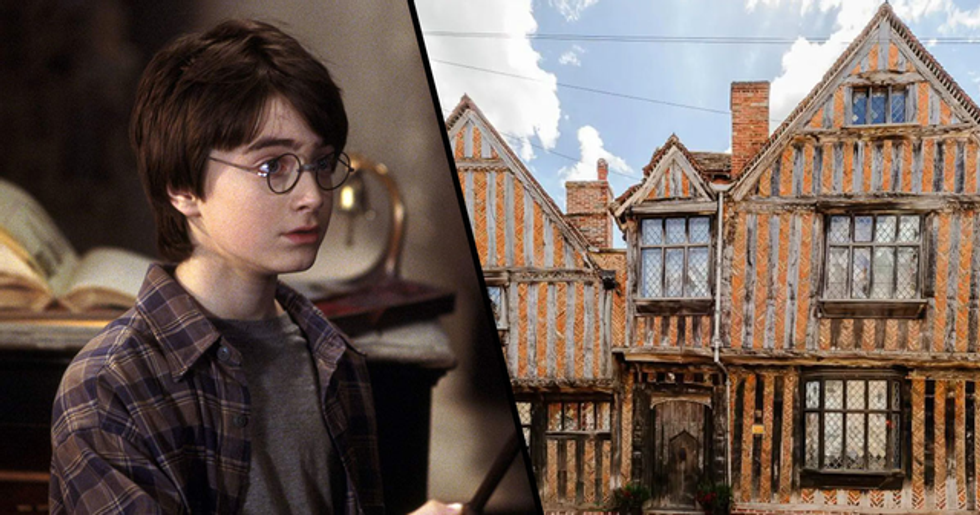 Harry Potter's Childhood Home Is Now for Rent on Airbnb

For fans of the Harry Potter universe, there has been one thing that's been persistently disappointing: the fact we can't actually step into the magical world. Wanting to take a lesson at Hogwarts, or enjoy a stroll down Diagon Alley has been a pipe dream for many Potterheads. But now there's been some exciting news that means fans can actually get a taste of what it's like to live in Harry Potter's universe.

Godric's Hollow, the home Harry was born into - and where his parents tragically met their demise - is now available on Airbnb. As you could probably expect, fans are going wild for the posting. And once you see the pictures, you'll see why.

No, not the cupboard under the stairs at 4 Privet Drive. We're talking about the location where Harry spent the very first few months of his life.

No, we're talking about Godric's Hollow.

This is the first home Harry knew - and (tragically) the location where he-who-shall-not-be-named murdered his parents, Lily and James.

And not only is the place real.

But it's available to rent for tourists on online accommodation marketplace Airbnb.

And it looks incredible.

Even non-Harry Potter fans would find it hard to be unimpressed by this gorgeous cottage.

For Harry Potter fans, this is pretty much a dream location, right? Imagine standing here, right where you-know-who himself stood.

And the inside is just as incredible as the outer.

Look at this bedroom, complete with a four-poster bed. We can just imagine waking up here on a beautifully crisp morning.

Here's the other bedroom.

Both of the bedrooms have en-suite bathrooms, FYI. But that's not all.

Check out this den.

Those ceiling beams are giving us all kinds of feelings. The listing describes it as a "private guest sitting room with log fire and courtyard garden."

And here's where you'd be eating.

Apparently for just $142 per night, you can also expect a full English cooked breakfast in the morning. Quite the deal if you ask us.

Are you feeling tempted to book a stay?

Since its discovery online, we imagine there will be hefty amount of competition. Curious to see more incredible Airbnb locations? Scroll on for a look inside Barbie's Malibu dreamhouse.