Although some of them are actually kind of ingenious. | 22 Words 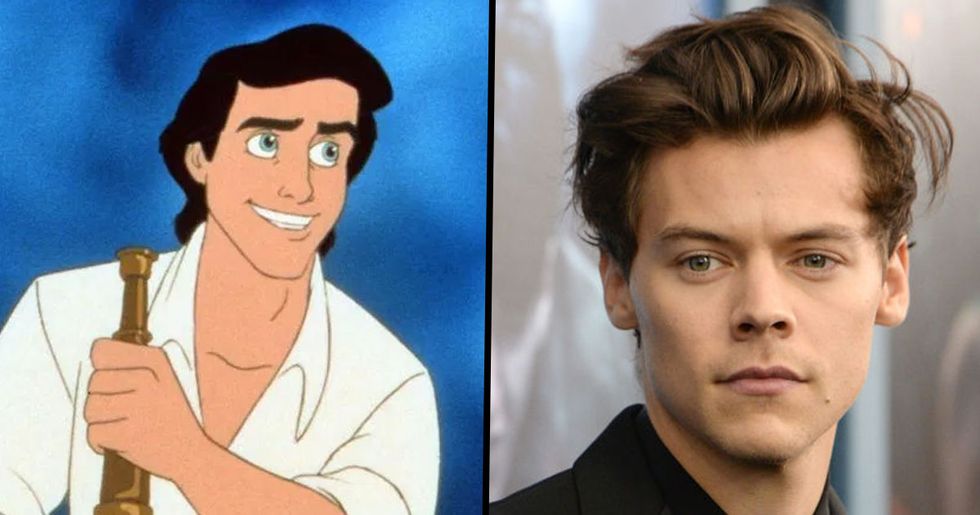 The upcoming live-action remake of The Little Mermaid has got the whole internet talking. Since they announced their controversial casting of Halle Bailey as an Ariel of color, many memes have been spawned with people submitting their own ideas for casting choices. But there has been one very serious development in the casting process that has the internet divided.

Everyone's favorite flamboyantly-dressed British sensation, Harry Styles, is reportedly in talks to play The Little Mermaid's romantic lead, Prince Eric. And while some are pleased with the news, others have reservations about the choice.

Earlier this month, the casting decision for Ariel in The Little Mermaid was revealed.

The star cast in the role was Halle Bailey. Director, Rob Marshall, gave this statement on his decision: "After an extensive search, it was abundantly clear that Halle possesses that rare combination of spirit, heart, youth, innocence, and substance—plus a glorious singing voice—all intrinsic qualities necessary to play this iconic role."

Since then, Twitter has come alive with excellent memes.

The "Ok, hear me out" content comparing a Little Mermaid character to a ridiculous casting decision has been some of our favorite internet action this week.

Although some of them are actually kind of ingenious.

If villain, Ursula, was played by a dragged-up Guy Fieri, we know we'd be first in the queue to buy a ticket. And while Awkwafina, Jacob Tremblay, and Melissa McCarthy have already been confirmed (as Scuttle, Flounder, and Ursula, respectively), the casting choice for Prince Eric is still shrouded in mystery.

At least, until now.

Because reports have come out that there's one star "in talks" regarding the role. The man in question? Former One Direction star, Harry Styles.

The band produced some of the bestselling music of all time and was basically a worldwide phenomenon. They're currently on a long hiatus, which many suspect means One Direction is no more.

Styles has had a fairly illustrious solo career.

Alongside releasing music, touring the world, and hosting the Met Gala, he also has some acting experience, making him a potentially good fit for the role.

Although many thought that the casting choice was something of a publicity stunt by director, Christopher Nolan, Styles actually received positive reviews for his acting in the movie.

The exact role of Prince Eric is not yet set.

In the original Disney movie, Eric was something of a secondary character (in spite of being the romantic lead). But in the Broadway musical version, the prince actually has two solo songs. It's not yet known which path the live-action remake will go down.

Although one thing is clear.

Styles will absolutely rock the "billowing white shirt" costume of Prince Eric. Hey, he even does it when he's not in character.

Many are pretty excited about the choice.

Harry Styles is something of an internet darling thanks to his bizarre (and hilarious) social media presence. He's also something of a stunner, which certainly doesn't hurt.

Some have had a more intense reaction.

As if Halle Bailey wasn't already living many young girls' dreams, she now has the chance to play a romantic role with Harry Styles as a partner.

Although not everyone is super thrilled.

Some believe the casting choice to be ill-thought through - particularly as Styles has so little experience in the acting world.

Others had different preferences for the role.

Fans of Kpop band, BTS, were keen to see Jimin cast in the role - and nobody else will do!

But others have stood up for the star.

Many point to his excellent performance in Dunkirk as proof of his suitability for the role. And it's well worth noting his singing ability, too.

While others had a more simple reaction.

While the casting decisions that have been made so far have been a little divisive, plenty of people are totally on board with the choice of our new Little Mermaid. Keep scrolling to check out some beautiful artwork that people have made in support of Halle Bailey as Ariel.