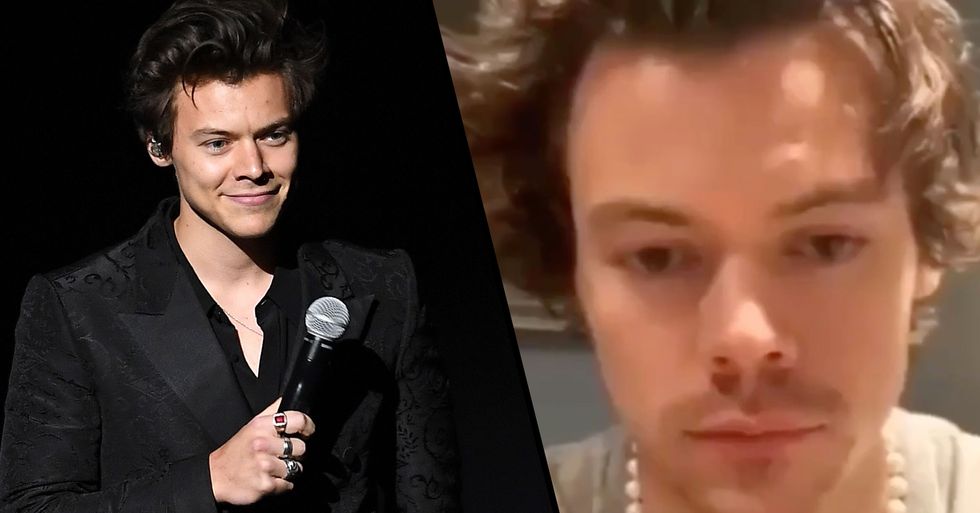 Harry Styles Threatened at Knifepoint for His Cash on Valentine's Day

however, with all the fame comes incidents such as this one. The star was recently robbed at knifepoint and the incident has left him shaken up.

Keep scrolling for all the details...

He's best known as a singer, but has also worked in film and as a songwriter - all at the impressive age of twenty-six!

Pitchfork's thorough review of the album rounded it up like this:

"It’s still exceedingly easy to hear Styles and his band—spearheaded by jack-of-all-trades executive producer Jeff Bhasker—tip their caps to a wide variety of rock legends and also-rans. “Sweet Creature" catches Styles taking a crack at his very own version of “Blackbird"; the laughable “Woman" opens with a piano flourish out of Prince’s “Do Me, Baby" before settling down into an Elton John strut. Styles’ stabs at hard rock (the one-two punch of “Only Angel" and “Kiwi") sound like the Rolling Stones and Wolfmother, respectively. And lead single “Sign of the Times" is a skyscraping Bowie ballad that manages to sound like both fun.’s “We Are Young"—one of Bhasker’s biggest hits—and Coldplay’s “The Scientist."

"Take issue with Styles' taste at your leisure, but there’s no denying his comprehensiveness." And those are just the facts.

The success of his first album has signaled a promising future for Styles as a solo artist.

Another reason for Styles' continued success?

Harry Styles is one of the most famous and most recognizable faces in the world right now.

However, with fame always comes misfortunes.

And recently, Styles was involved in a dangerous robbery where a man had threatened him at knifepoint for cash.

The incident occurred on Valentine's Day.

While on a night out in London on February 14th, the singer came face-to-face with a man who demanded money before pulling out a sharp blade and threatening his life with it.

Harry acted quickly and handed the cash over.

And that meant he was left unharmed as the man snatched the money and left the scene. the incident was reported to the local police who are investigating it.

However, a source told the Daily Mirror that he was left "shaken up."

The Metropolitan Police confirmed the incident and are currently investigating the matter but so far, no arrests have been made. We're just thankful that Harry wasn't hurt and hope he manages to take care himself during this stressful time.