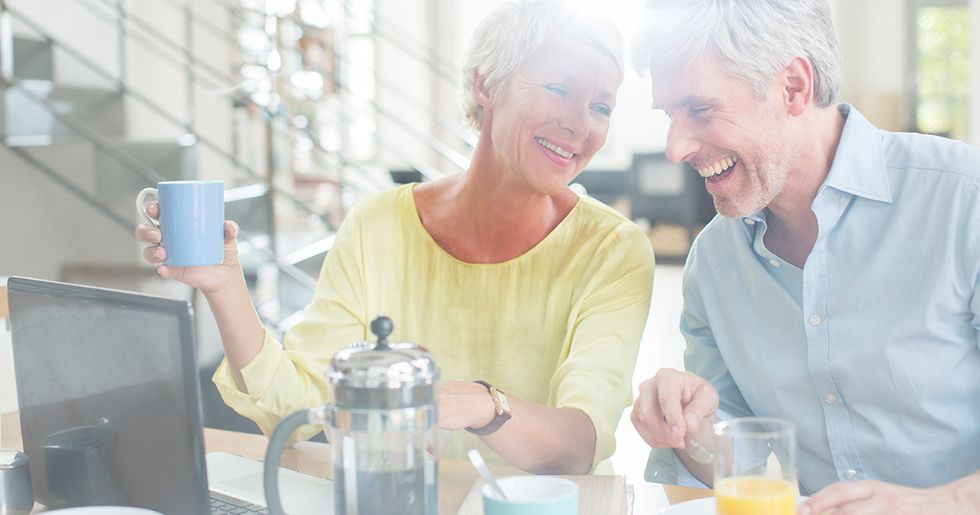 19 Perfect Comebacks for Baby Boomers Who Complain About Millennials

They grew up in the time of Leave It to Beaver, when everything was hunky-dory, and you were pretty much guaranteed a job if you went to college.

For the generations that came after the baby boomers, life was a little harder.

And yet, baby boomers love to sh*t on younger generations.

Namely, millennials. These old folks love to call millennials "entitled" and "lazy" and chastise them for buying avocado toast instead of a house when those two things cost very different amounts of money. And young people have had enough. They've started to clap back, and it's hilarious.

Yeah, well, that pretty sums it up in a devastatingly accurate fashion. That's about it right there.

Now, imagine it's not cake but a destroyed economy and job market. And that's the millennial experience!

While I really like writing by hand, it's just not really very necessary anymore to learn how to write those weird capital Q's that look like number twos. The next one is a complaint you're probably seeing everywhere.

Baby boomers keep claiming millennials are killing pretty much every industry, but they killed the environment, the housing market, and our democracy!

If I had a dollar

Seriously, they make enough jokes about millennials that I could buy one of those McMansions they're always going on about.

Millennials are out here fighting for our fundamental rights, and baby boomers are calling us entitled.

Sometimes I daydream about the one job I had where we had cubicles. It was the best place to work, and not because the job was good. It was because of those cubicles.

How could you ever claim that the NFL has a millennial "problem"? Do you want old people playing football? The next one is so on point.

I can't stand it when old white male comedians are like, "This generation is so sensitive!" It's like, "No, Jerry Seinfeld (yeah, I said his name), we just don't tolerate racism and sexism and homophobia. Be more creative with your comedy!"

Though I don't work in retail or food service, I've heard countless stories about rude and unreasonable older customers and not one of those same stories about millennials. You do the math.

Could you imagine graduating from high school and getting a salaried job that meant you could afford a house and to feed your family? No, you don't. Because that is not the millennial reality.

Like I said, baby boomers are the ones who complain when they go out to eat. Millennials know how hard servers are working and ream them out.

Isn't it interesting that baby boomers complain about millennials, but they're the ones who raised us? The next one is truly petty in the best way possible.

Of all the things baby boomers did to this world, wall-to-wall carpeting might be the most egregious. Why? Why?!

Seriously, baby boomers shouldn't be spending their time criticizing younger generations. How about doing everything in your power to make life better for these young ones?

This is pretty much the hypocritical hell millennials are living in every single day. It's exhausting!

It's definitely not the internet that made young people depressed. It's you, Brenda.

Think of the baby boomers

Baby boomers took everything from millennials, and now they're like, "Why isn't everything millennials do benefitting us?" Share this with a baby boomer and teach them what's what!