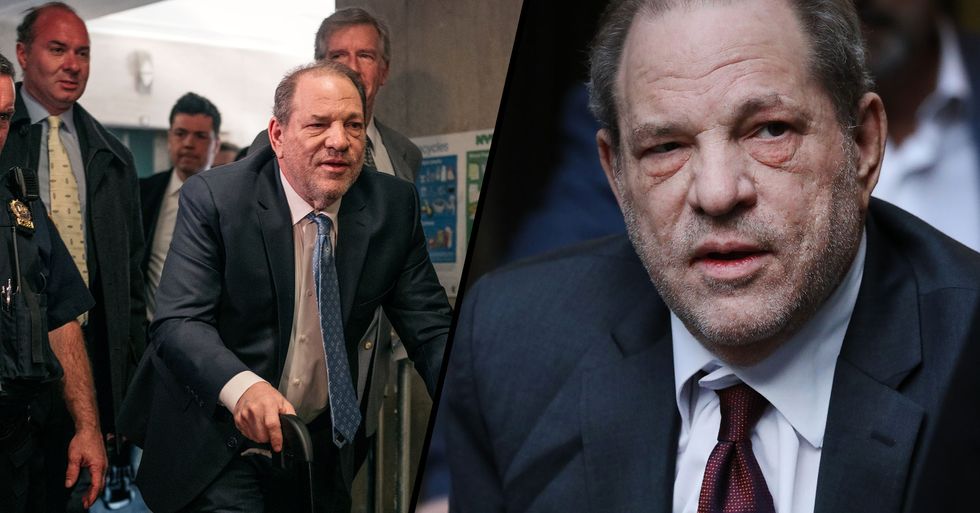 Over the past 3 years, the world watched the fall of former Hollywood titan, Harvey Weinstein. The sexual abuse, of which he was accused, sparked the global #MeToo movement, with several celebrities coming forward about their own experiences with the disgraced film producer. This forced people to finally open their eyes to the sexual abuse that goes on in Hollywood.

And now, it seems his multiple victims are one step closer to justice. Keep scrolling for the full story.

It was in 2017 when allegations against Hollywood giant, Harvey Weinstein, first emerged publically.

It all started when The New York Times published a story detailing decades worth of allegations of sexual harassment against Harvey Weinstein. Actresses Rose McGowan and Ashley Judd were among the women who come forward about the film producer, the BBC reports.

The accusations were truly disturbing.

Among the accusations were that he forced female employees to massage him and watch him naked. He was also accused of offering to help them further their careers in exchange for sexual favors.

At the time, Weinstein disputed these claims.

Weinstein issued an apology stating he "has caused a lot of pain" but denied that he harassed female employees over a thirty-year time frame. Following this, he took a leave of absence, and days later it was revealed that he had been sacked by the board of his company, The Weinstein Company.

Many people came forward about the abuse they surfaced at the hands of Weinstein.

British actress, Romola Garai, told the Guardian that she felt "violated" when Weinstein auditioned her when she was eighteen, stating that he had answered the door to his hotel room in a bathrobe. Hollywood A-listers including Gwyneth Paltrow and Angelina Jolie also said they were harassed by Weinstein.

And they weren't alone...

Allegations from thirteen more women were published in the New Yorker magazine, including three accusations of rape, which Weinstein maintained his innocence on.

The accusations against him began mounting up.

And many other big players in Hollywood admitted they knew about his misconduct and treatment of women.

In late 2017, Quentin Tarantino admitted he knew about Harvey Weinstein's treatment toward women for years. "I knew enough to do more than I did," the film director told the New York Times.

It was also claimed that Weinstein used private investigators to cover up sexual abuse claims.

With countless allegations against him dating as far back as the '70s.

It was one of the first times where a man of such high profile was starting to be held accountable for sexual abuse.

And of course, it sparked the beginning of the global #MeToo movement.

Including the red carpet blackout at the 2018 Golden Globes in solidarity with the victims of Weinstein's abuse.

In November 2017, around a month since allegations against Weinstein first surfaced...

The police in New York announced they actually had a case against him.

On 25 May 2018, Weinstein turned himself into New York police on sexual misconduct charges.

According to the BBC, days later, a grand jury in New York indicted him on charges of rape and a criminal sexual act, moving the case towards a trial. One of those women was later identified as the former actress, Lucia Evans, who says she was sexually assaulted by Weinstein in 2004.

After decades worth of allegations, on 6 January 2020, the trail process began.

And today, justice has finally been served.

Harvey Weinstein has been found guilty.

He now faces up to twenty-five years in jail.

The jury of 7 men and 5 women at the New York supreme court took five days to reach their verdict, The Guardian reports. But he was acquitted of the most serious charges of predatory sexual assault. He had denied all charges. He still faces more charges in Los Angeles of rape and sexual assault of two women in 2013. More than 80 women, including famous actresses, had accused him of sexual misconduct stretching back decades.

His conviction marks a historical moment for all of the vulnerable women he took advantage of for decades.

Harvey Weinstein is now a CONVICTED rapist and he has just been led out of the courtroom in handcuffs. To all of th… https://t.co/ChKJzpVDop
— Ryan Knight 🌹 (@Ryan Knight 🌹)1582565410.0

"No matter how powerful a person is, no matter how much mud or dirt may be flung at those who have the courage to come forward, we are in a new time. The #MeToo era has thankfully started to unmask these systems of abuse of power, and now women can be heard and believed," said Michelle Simpson Tuegel, an attorney representing victims of sexual assault.