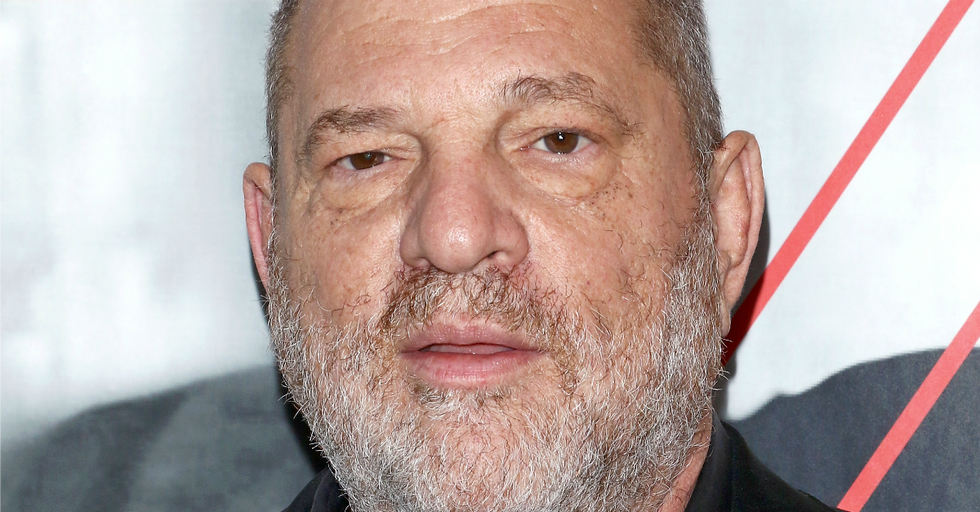 Zelda Perkins, who worked as Harvey Weinstein's London assistant during the time he was running Miramax, sat down with the Financial Times in a scorched-earth interview Tuesday. "I want to publicly break my non-disclosure agreement," Perkins said. "Unless somebody does this there won't be a debate about how egregious these agreements are and the amount of duress that victims are put under."

The details she recounted are horrific and confirm everything that was ever said about the former Hollywood producer.

Perkins worked for Weinstein in the 1990s, when she was in her early twenties.

She was promoted to the job because she'd been working in the script department of Miramax when Weinstein's assistant at the time abruptly quit. The harassment quickly began.

Unsurprisingly, Weinstein's criminal behavior towards women was also directed towards his own assistants.

Perkins recounts horrific stories of Weinstein exposing himself to her, demanding massages and forcing her to watch him bathe – i.e., the same behavior he demonstrated with actresses.

"This was his behavior on every occasion I was alone with him," Perkins said. "I often had to wake him up in the hotel in the mornings and he would try to pull me into bed,"

Other assistants weren't spared either. Perkins finally left when Weinstein assaulted another assistant during the 1998 Venice Film Festival.

Perkins was outraged when the assistant walked over to her and told her what happened.

"She was white as a sheet and shaking and in a very bad emotional state," Perkins described. "She told me something terrible had happened. She was in shock and crying and finding it very hard to talk. I was furious, deeply upset and very shocked. I said: 'We need to go to the police' but she was too distressed. Neither of us knew what to do in a foreign environment."

The two women went to Simons Moorhead & Burton, a law firm based in London, where they were advised to seek a settlement.

Both women received a settlement of £250,000, or $330,000, which was split between them. Alarmingly, as part of the agreement, they weren't allowed to keep their NDA.

The agreement, however, did have a couple of important clauses.

It called for the creation of a complaints pipeline and therapy for Weinstein "for as long as his therapist deems necessary." Furthermore, The Hollywood Reporter explains that "If complaints were lobbied against Weinstein within two years of Perkins' contract and the complaints resulted in a settlement of either £35,000 or six months’ salary, Miramax must report the matter to the Walt Disney Co. (which owned Miramax at the time) or fire him." This is very important.

Asked why she did not come forward, Perkins said she was advised by lawyers not to.

"The lawyers were reluctant," she said. "They said words to the effect of: 'they are not going to take your word against his with no evidence.' "I was very upset because the whole point was that we had to stop him by exposing his behavior. I was warned that he and his lawyers would try to destroy my credibility if I went to court. They told me he would try to destroy me and my family."

Also, remember Perkins was a 24-year-old woman at the time, and Weinstein was the all-powerful head of Miramax.

"I discovered that it had nothing to do with right and wrong and everything to do with money and power," Perkins said. As allegations against Weinstein and other powerful men build up, it's important to remember that this is what it all boils down to. And that there are other people and companies that kept it from coming to life.