Has the Sugar Industry Been Hiding Research Linking Sugar to Heart Disease for 50 Years? | 22 Words 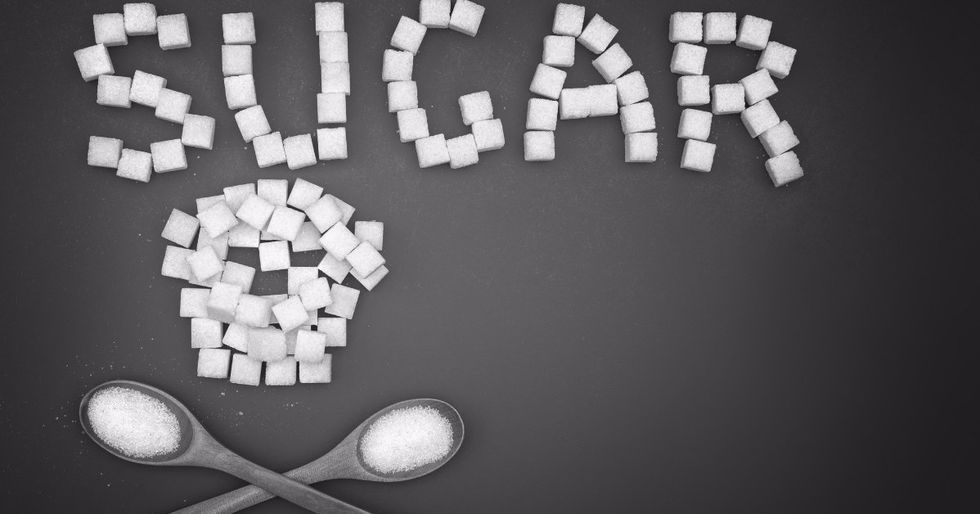 Has the Sugar Industry Been Hiding Research Linking Sugar to Heart Disease for 50 Years?

Fad diets come and go. We collectively join weight-loss groups, sign up for portion-controlled meal delivery services, and adhere to an ever-changing landscape of prescribed diets that demonize one food group or another. We do this in an effort to better our health by following easy to understand rules, because the true nature of nutritional science is complicated, and we're busy — and hungry.

Even as we buy into the various diets espoused by supposed experts, we know that they might not have our best interests at heart. But casting doubt at the Dr. Atkins and Jenny Craigs of the diet industry is not the same as doubting the real science behind the FDA's nutritional guidelines and the food production industry. A new report suggests that doubting those fundamental systems is exactly what we should be doing.

There was a time when it was unthinkable in the U.S. to start the day without a hearty, hot breakfast.

Families served up bacon and eggs and drank glasses of whole milk at the breakfast table, and finished the day with fat-laden meals like casseroles and meatloaf. Vegetables came from cans and were often creamed or covered in cheese. Obesity was rare, but increasing.

All that changed when we learned that eating a high-fat diet made us fat and unhealthy.

Cholesterol clogs arteries, we were told. Fat makes you fat. It made sense. The American diet took a 180-degree turn. We replaced our whole milk with fat-free milk. Our bacon and eggs with cereals or muffins. Our cheese, yogurt, and even ice cream with low-fat and fat-free versions. But instead of obesity declining, it increased sharply. So did heart disease, diabetes, and a slew of cancers and other maladies.

To compensate for the lack of filling, satisfying, flavorful fats, food manufacturers increased the sugar and salt content of their foods. Americans replaced slow-burning, protein-dense breakfasts with sugar-packed muffins and cereals with little nutritional value. Our palates not only became accustomed to overly sweet foods, but we actually became addicted to sugar.

Yup. Not only is sugar addictive, it's also directly linked to deadly diseases like coronary heart disease. And, according to a new paper published in PLOS Biology by Cristin E. Kearns, Dorie Apollonio, Stanton A. Glantz, the sugar industry knew that too much sugar was bad for us. So sugar manufacturers hired lobbyists and employed an aggressive PR campaign to suppress that information and instead promote the false idea that it's dietary fats that lead to obesity and heart disease. That's right. The whole notion that turned the American diet on it's head in the 1970s and 1980s was based on a smear campaign funded by the sugar industry.

According to the paper, the sugar industry was lockstep with the tobacco industry in its effort to mislead Americans about the danger of its product.

Before tackling the sugar industry, Glantz, a professor of medicine at the University of California San Francisco, took on the tobacco industry. He studied the history of its influence on American culture and policy, and the tactics big tobacco used to suppress and misrepresent information. Big tobacco and big sugar even shared lobbyists. According to Glantz, several former tobacco lobbyists made the move to sugar. “They wanted to stay on top of the science and be ahead of the science," he said. “They worked to manipulate the process and prevent a scientific consensus from emerging."

We now know that the tobacco industry suppressed scientific and medical research while spending millions of dollars to keep Americans addicted to tobacco.

At the time, though, it was confusing for Americans to know who to believe. The tobacco industry employed powerful lobbyists, who loudly denounced the suggestion of taxation or regulation. It ran effective propaganda advertising campaigns, and made sure that people saw their products in the hands of influential public figures. All movie stars smoked; all cool cowboys, tough cops, war heroes, and even housewives had a favorite brand. The tobacco industry, we now know, did all of this while keeping the fact that they knew smoking caused lung cancer quiet, and casting unfounded doubt on the medical experts who said so.

Is it possible that the sugar industry is just as powerful, crooked, and hellbent on misrepresenting itself?

According to their paper, Kearns, Glantz, and Apollonio think the answer is yes. The sugar industry funded research in the 1960s and 1970s to study the effects of a high-sugar diet in rats. The results linked a high-sugar diet to cancer and heart disease. But those results were never published. Instead, the sugar industry suppressed on this type of research, and ran an aggressive PR campaign demonizing dietary fats as the leading cause of heart disease. In fact, the sugar industry was apparently pretty comfortable asserting its influence. This is the first sentence of the new PLOS Biology paper: "In 1965, the Sugar Research Foundation (SRF) secretly funded a review in the New England Journal of Medicine that discounted evidence linking sucrose consumption to blood lipid levels and hence coronary heart disease (CHD)."

The campaign to malign dietary fats while promoting sucrose as natural and healthy were extremely effective.

Eggs were out. Butter was out. Chemical-laden margarine was in. Low-fat, sugar-heavy cereals, breads, and convenience foods were in. The sugar industry was reaping the benefits of its effective misinformation campaigns. Meanwhile, Americans got fatter. Heart disease, cancer, and diabetes increased steeply.

From the looks of it, the sugar industry's decades-long powerful influence may be tied to America's current obesity epidemic, and even the corresponding increase in heart disease and some types of cancer.

Just like big tobacco, the sugar industry used a combination of powerful lobbyists, aggressive and effective PR campaigns, and systematic suppression and denial of medical evidence and findings. As a result, we are a less healthy nation. The cost of this deceit and influence, in lives lost and medical expenses, is unknowable and likely astronomical. The Sugar Association, a U.S. trade association, naturally denounces the paper's findings and released a statement; here's an excerpt: “The article we are discussing is not actually a study, but a perspective: a collection of speculations and assumptions about events that happened nearly five decades ago, conducted by a group of researchers and funded by individuals and organizations that are known critics of the sugar industry." (The paper was funded by the Laura and John Arnold Foundation, the Samuel Lawrence Foundation, the National Cancer Institute, the UCSF Philip R. Lee Institute of Health Policy Studies, the UCSF School of Dentistry, and the Nutrition Science Initiative.)

It's almost impossible to avoid added sugars in our diets these days.

The truth about tobacco finally overpowered the powerful tobacco lobby, and today we see health warnings on cigarettes, regulations about where people can and cannot smoke, and taxes on tobacco products to offset the enormous healthcare costs of tobacco-related diseases. Perhaps one day sugar will face similar consequences. For now, though, the burden is on each of us to monitor our daily intake of the sweet stuff.