Has This Famous Hollywood Couple Rekindled Their Relationship? We Have All the Details You Need to Know | 22 Words 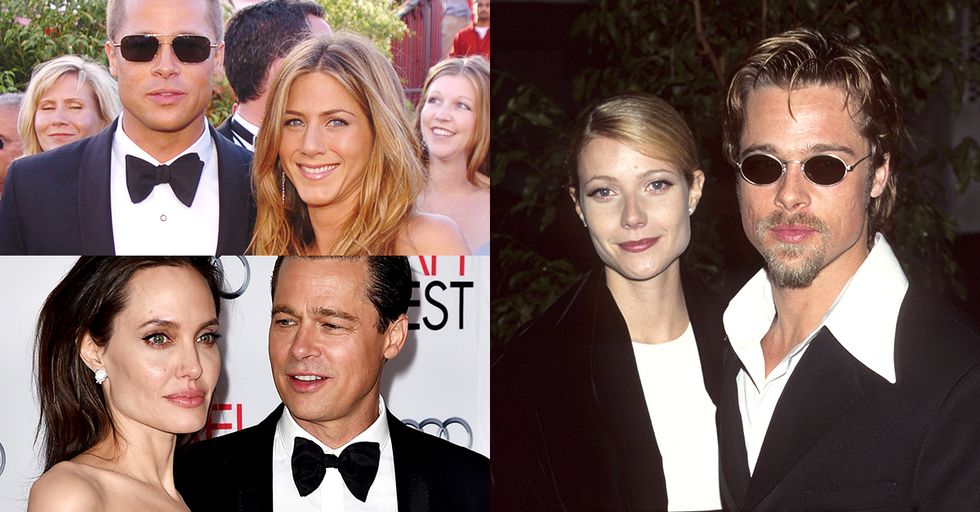 Has This Famous Hollywood Couple Rekindled Their Relationship? We Have All the Details You Need to Know

Remember when Brad Pitt and Jennifer Aniston were America's golden couple – *literally, cause they're both blond*? Way before Angelina Jolie and the eleven million kids (okay, there's only six, but still) and the alcoholism and rumors of infidelity, it was the ultimate Hollywood fairytale – America's Sweetheart and America's Sexiest Man, together hand in hand, benevolently ruling the tabloids and America's heart. It was a much simpler time. A more beautiful, glamorous time.

Their agents set them up on a blind date (in a case of agents being nice, for once). That blind date would take the golden couple on a whirlwind romance that became a staple of tabloid gossip.

Pitt and Anniston continued dating until 2000, when they tied the knot.

The ceremony was the stuff of Hollywood legend. $1 million for the entire thing, which was at the Malibu mansion of producer Marcy Carsey.

You may not know the name Marcy Carsey, but you definitely know her work.

Happy Days, Mork and Mindy, The Cosby Show, Grace Under Fire, 3rd Rock From The Sun, That 70's Show. The point is, Carsey is Hollywood royalty and a pop culture legend, and Anniston and Pitt HAD to have their lavish wedding at her mansion, because why not?

Then along came Angelina Jolie... It was the stuff of Hollywood lore. She and Pitt worked on a fateful movie called Mr. and Mrs. Smith. According to both, the passion was undeniable. Just like that, Anniston was out, and Jolie was in.

Anniston and Pitt divorced in 2005. It was a dark time. We started seeing "Team Anniston" and "Team Jolie" shirts pop up in novelty shops. The Internet turned into a terrifying gossip tornado, accusing all sides of insanity. Anniston was painted as a bitter old spinster, while Jolie was the man-stealing, raven-haired femme fatale. Truly, it turned us all into monsters.

And then, in 2006, Jolie confirmed she was pregnant with Pitt's child, the ultimate slap in Anniston's face, who'd also had to endure pictures of the happy couple sunning themselves on a Kenyan beach as she filed for divorce. But now, times have changed. Pitt and Jolie are divorced, and guess who Pitt's reached out to...

If you guessed Jennifer Anniston, you would be correct!

According to In Touch Weekly, "after months of talks and texts, they’ve grown closer than ever." This is from an unnamed source close to the couple, who states, "Brad’s conversations with Jen have helped him negotiate his new life as he’s getting divorced. He feels a deep connection with her."

But this "connection" doesn't necessarily mean they're getting back together romantically.

Pitt would never come between Anniston and her husband of two years, Justin Theroux, however, if they did somehow break up, "Brad would take a second chance at love with Jen in a heartbeat."

Now, this is very much speculative, as we don't put much stock in mysterious sources.

However, the ways of Hollywood are mysterious (sometimes in a not-good way, as in the case of Harvey Weinstein) and one of the tried and tested things about Hollywood is there are always mysterious sources who may or may not have been hired by celebs themselves to serve as unofficial mouthpieces.

No matter what the truth is, let us for now bask in the vision of Brad Pitt and Jennifer Anniston as friends again, kiki-ing over lattes, tutting their heads over these new Instagram celebs, and fondly remembering the times when they ruled the tabloids.

Also, for those of us who believe Pitt and Anniston are the only true couple, there is the dimmest possibility they could get together again. Given the swiftness of Hollywood makeups and breakups, and the fact that Anniston and Theroux apparently "have nothing in common," it could happen. This, again, is according to the mysterious source.

You may be wondering why Brad and Jen are reaching out to each other again. Well, this reconciliation comes, as most things do, after an apology.

Pitt reached out over the summer to apologize, and according to another mysterious source, "He came off as genuinely sorry, and Jen was deeply touched. She was completely won over." Which explains their newfound friendship. So...

In going forward, we wish the pair happiness in whichever form of relationship they have.

But honestly, we're just glad they're making amends. In 2017, it's nice to get a little bit of that early 2000s spark again to make everything feel like it's going to be all right.