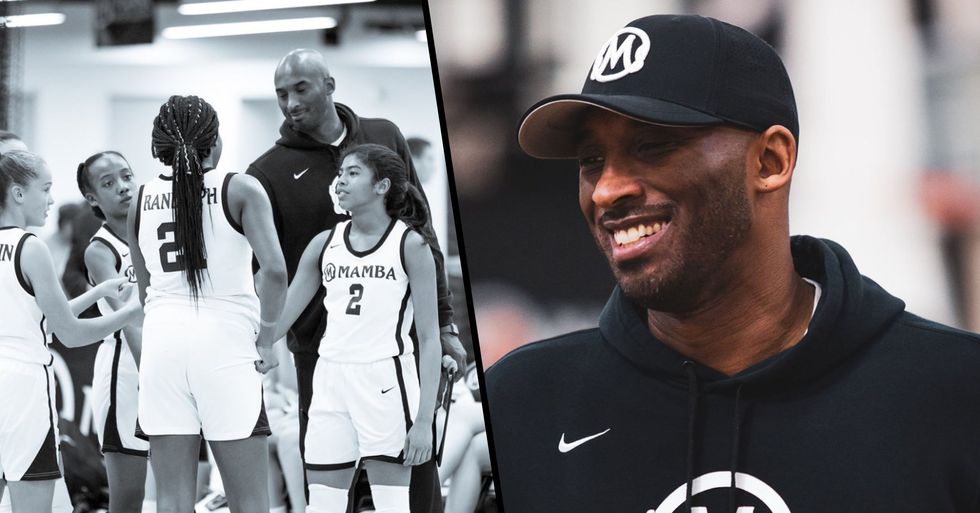 Breaking news is just in that legendary NBA player, Kobe Bryant has died in a helicopter crash on Sunday morning. He was just forty-one-years-old.

It appears Bryant's daughter, Gianna was also on board the helicopter with her father, and has died in the crash. The father-daughter duo was attending a mamba academy tournament together only a day before.

Scroll on to see the shocking video.

It has been confirmed that Kobe Bryant has tragically died in a helicopter crash yesterday morning.

9 other people were on board the private helicopter.

Even more tragically, Kobe and Gianna were pictured together just a day before the crash. Their final moments between together really show the true bond between father and daughter.

The two were at the Mamba Cup Tournament Series just a day before.

Kobe was shown beaming with pride, watching his daughter Gianna play at the Mamba Cup Tournament.

This was the route the helicopter took.

The former Lakers basketball star was just 41. His daughter and seven others were killed when his private Sikorsky S-76 crashed into a hillside in Calabasas.

Among those killed in the crash was John Altobelli.

He was a baseball coach at Orange County College and a friend of the Bryant family.

His wife Keri and daughter Alyssa were also killed in the crash.

As well as the girls' basketball coach, Christina Mauser.

The Altobelli family leaves behind a son and daughter.

Their second daughter Alexis and son JJ have been left shattered.

They were heading to Mamba academy.

Gianna and Alyssa were meant to play on the second day of the youth tournament which Bryant founded.

All the games were canceled after news of the crash went public.

Gianna had a promising youth career.

Bryant and his wife, Vanessa, had 4 daughters. He had always been supportive of women's sports, and since his retirement, he coached and mentored players around the world.

The Mamba Cup Tournament was developed by Kobe Bryant. It adds: "The Black Mamba himself, Kobe Bryant, has long wanted to develop a league concept for high-level youth basketball teams in Grades 2-8."

"Thus, the Mamba Cup Tournament Series has been designed to capture the benefits of league play while still honoring the tournament culture established by those who have built youth basketball to where it is today."

The images were taken a day before their deaths.

The NBA star is seen talking to Gianna and her teammates while taking some time to dribble the ball between games.

Bryant had been spending more time with his daughters since retiring.

A group of mountain bikers found the helicopter.

The Los Angeles County Sheriff's Department responded to the scene.

The helicopter flew through thick fog.

The helicopter appeared to have trouble over LA Zoo where it circled at a low altitude. The air traffic control audio was recorded and suggests the conditions worsened just before the crash.

The video is shocking.

A flight plan indicated the helicopter took off from John Wayne Airport in Orange County at 9.06 am. The last signal was received from the aircraft at 9.45 am. It was expected to land at San Gabriel Valley Airport in El Monte. Sadly, the helicopter didn't make it to the airport. Our hearts are with all those affected.