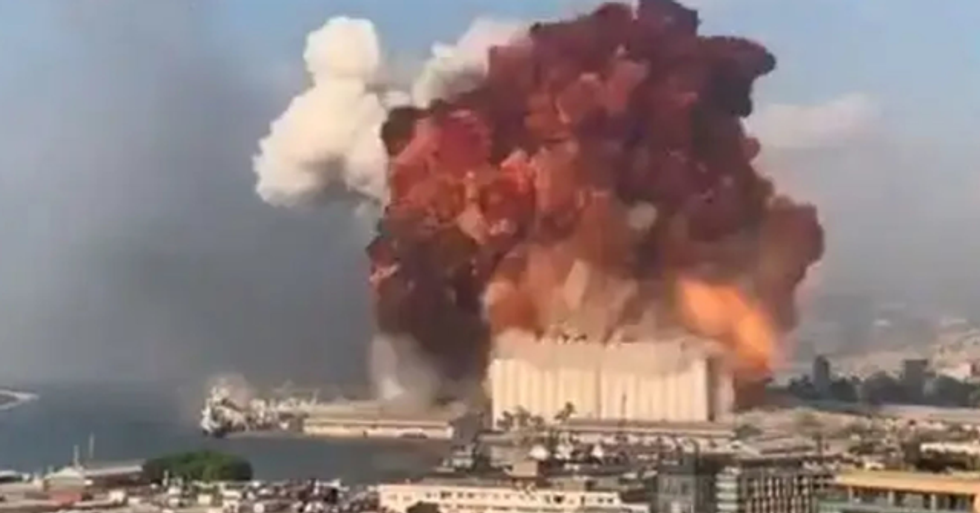 Harrowing footage has emerged today that shows the moment firefighters attempted to break into the burning warehouse in Beirut...

This week, a massive explosion tore apart the city of Beruit.

But it has since been confirmed that at least 135 people have died, with a further 4,000 people suffering from grave injuries.

So, sadly, the death toll is expected to rise drastically within the next couple of days.

But it later emerged that a huge cache of ammonium nitrate, an explosive compound commonly used in the construction of bombs, had been stored at the building in which the blast had occurred 6 years ago.

And it was this fire that is believed to have triggered the explosion of the 2,750 tons of ammunition.

Which shows workers stacking what appears to be the tons of Ammonium Nitrate.

3 days on, footage from the aftermath continues to emerge online.

It is thought that the damage repairs are going to cost approximately $5 billion - It is going to take Beirut years to recover from this.

But now, a photo from the moments leading up to the explosion has emerged...

And it is utterly harrowing.

It was reported that ten firefighters had attended the burning warehouse prior to the blast...

And they are still listed as missing, days into the aftermath.

Hopes haven't been high for the fate of these heroic firefighters...

Who were all believed to have been either inside or directly next to the warehouse when the ammunition exploded.

One of these firefighters has already been confirmed as dead...

The twenty-five-year-old female firefighter, Sahar Faris, was confirmed to have died yesterday.

But now, footage from the moments leading up to the explosion has been posted online...

And it shows the brave firefighters working together to try and pry open the door to warehouse 12 - the one stacked high with 2,750 tons of ammonium nitrate.

Here is the photo.

Working together, the 3 currently unidentified men can be seen using a crowbar to try and prise the doors to the warehouse open.

The photographer is among the confirmed dead, the report said...

With the photo being later found on his recovered phone.

Their bravery was simply astounding.

Our thoughts go out to everyone affected in this devastating tragedy.